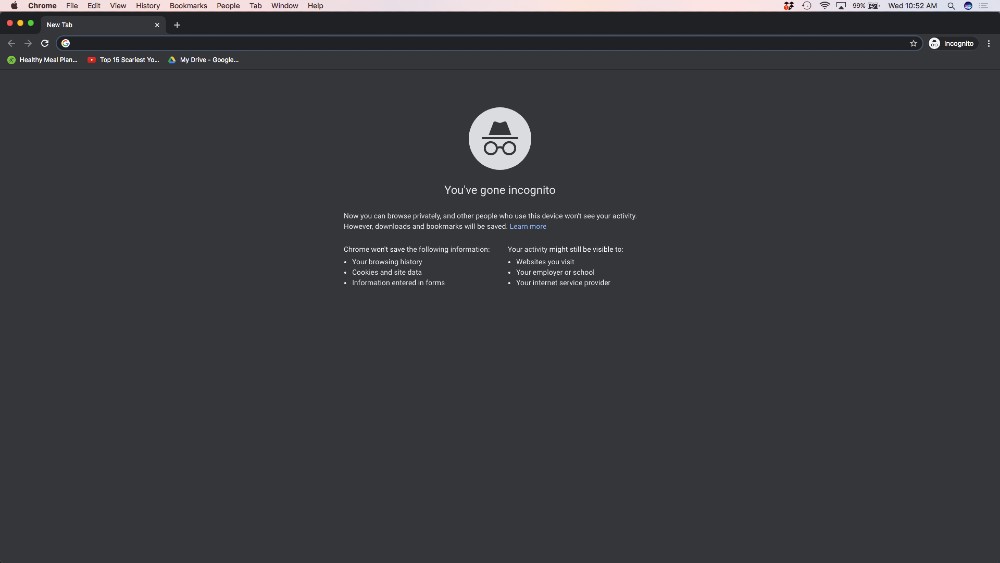 Have you ever played hide and seek? Of course you have, you were a child once. But imagine opposite hide and seek, where you get blind folded, and placed somewhere; then everyone just stands there looking at you. That’s pretty creepy, but that’s basically what Google incognito mode actually does.

I think many people expect that something called incognito mode, would basically stop your searches, visits, and form information from being seen by anyone else. In actuality it puts a blindfold on the device you’re using, and that’s it. Everyone else can get all the information you thought was being held secret.

This may not come as a shock to many people, but enough have cried out to bring a class action lawsuit to Google for misleading its users. Google responds “Incognito mode in Chrome gives you the choice to browse the internet without your activity being saved to your browser or device. As we clearly state each time you open a new incognito tab, websites might be able to collect information about your browsing activity during your session.”, and they are not wrong. It does state it clearly every time you open the browser.

The lawsuit is on the grounds that the tech giant intentionally misled users with the name incognito mode, and that makes sense to me. I mean when spies, or ninjas, or what-have-you go to fade into the shadows, they don’t just put some cloth on their face, and wander around bumping into things, that kind of defeats the purpose.

If anything, all it’s really doing is saving your device some hardware space, so storage saving mode would ring a more apt name in this case. I’m glad someone is doing something about it, but they should reach further, Safari has very similar language. They just leave off the actual warnings, and stick with the part about your particular device.

The best way to keep your data yours, so no one else can take it is through a VPN. They scramble your IP address which gives location data, and access to your computer, and we have you covered with this story about 5 that are inexpensive.

I do hope law firm Boies Schiller & Flexner can win the minimum $5b they want from google, but also pay out more than the $5,000 to the 3 current plaintiffs.