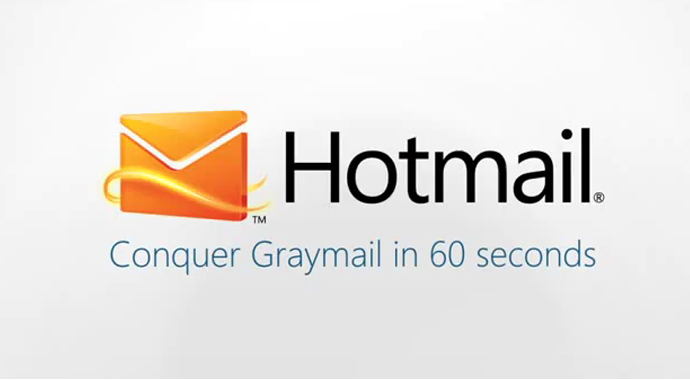 At one time, Hotmail was one of the most popular email services in the nation, particularly for personal accounts. Long ago, Gmail surpassed Hotmail in popularity in most circles and Hotmail has been seen as passé, but is stepping up their game with their new “Conquer Graymail” campaign.

Graymail (also known as “bacon”) is all of the emails you opted into, unlike spam which you did not ask for. Graymail can be overwhelming – Facebook and Twitter updates clogging your inbox, old coupons that are expired, newsletters, and the like.

You don’t want to unsubscribe because you may actually need or reference any number of these emails, but do they need to be at the top of your inbox above relevant emails?

The volume of these types of emails can be overwhelming, and in other email services, you can set certain emails up to automatically archive or use third party apps to streamline email, but Hotmail is giving people a legitimate reason to give their free service a second thought – productivity.

The company says you can conquer graymail in under one minute without losing all of those messages:

In this article:email, hotmail, microsoft, Technology