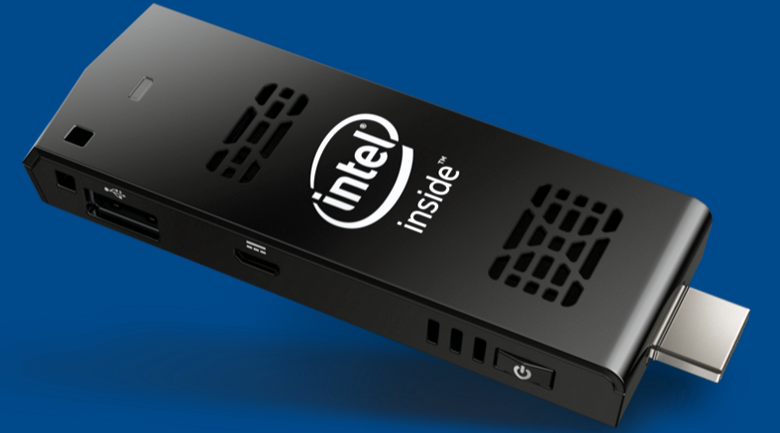 Remember when the memory card in your flip phone held 256 MB of data—and that was considered a lot? How about one gigabyte flash drives when they had just hit shelves at Walmart for upwards of $49 a pop? If you were excited then, imagine how you’d feel at the prospect of an entire computer the size of a portable hard drive.

Read also: Chromebit turns your tv into a computer and is awesome

The geniuses over at Intel recently unveiled what is possibly their coolest invention to date: the Intel Compute Stick, a portable PC complete with a complex operating system and independent functionality crammed into a chassis the size of a regular flash drive. While the Compute Stick is still miles behind dedicated PCs or tablets in many areas, its arrival marks a huge step in pocket-sized technology.

So what’s the catch?

A TV monitor and various pieces of hardware are still mandatory to make the stick functional—this may seem like a no-brainer, but cost comparison puts most standard laptops and personal computers a ways ahead of this initial set-up. Keep the minimized computing speed and power offered by the Compute Stick in mind—if you’re looking to replace your current computer, you’re better off just buying a replacement.

Remember, the Compute Stick is a complimentary piece of technology, not a replacement.

You also won’t be able to run Bluetooth devices and the Compute Stick’s Wi-Fi at the same time, meaning you’ll need a hardwired keyboard at minimum. See the bill adding up?

Regardless, it could be a powerful tool for some teams

When all is said and done, though, the Intel Compute Stick could prove to be an invaluable advancement in portable computing technology, especially for small businesses. As pointed out by multiple sources, the Stick makes for a cheap, easy-to-access smart TV when paired with a simple monitor; such a cost-effective alternative to bulkier, expensive hardware on the current market could make a huge difference in companies’ spending.

If you’re interested in exploring Intel’s innovation, Amazon Prime has the Compute Stick listed at $118 at the time of this writing.

While you won’t find a dirt-cheap replacement to your $2500 MacBook Pro, it’s an enormous step for pocket-sized technology, and well-worth your full attention in the coming months.

Intel Compute Stick Review: The Shape of Things to Come


Intel’s Compute Stick review: The little PC that almost could

Intel Compute Stick Review: It could make your TV smart, but it’s short on other use cases

In this article:portable pc, Tech