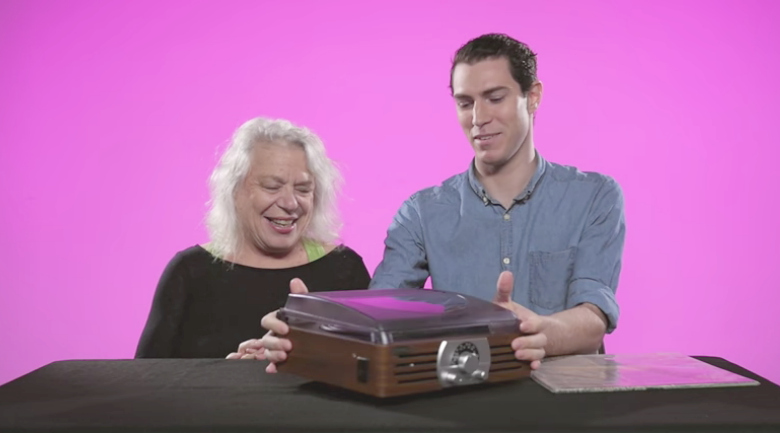 Very amusing the video below about grandparents teaching their grandkids the finer points about old technological mainstays like record players, rotary phones, and boom boxes.

I don’t know if the scenes were staged or the real thing, but to me, this ranks right up there with the story about the kid who only knew Paul McCartney was in a band called Wings. Check it out before we offer meaningful insight:

Read also: How to close the generation gap in the workplace

It’s good to expose the new generation to old technology. Make no mistake; millennials are on a completely different wavelength. We don’t need a team of researchers to point out that there are fundamental differences between a typical 20, 45 and 70-year-old.

According to Pew Social Trends, “age group differences can be the result of three overlapping processes:

1) Life cycle effects. Young people may be different from older people today, but they may well become more like them tomorrow, once they themselves age.

2) Period effects. Major events (wars; social movements; economic downturns; medical, scientific or technological breakthroughs) affect all age groups simultaneously, but the degree of impact may differ according to where people are located in the life cycle.

3) Cohort effects. Period events and trends often leave a particularly deep impression on young adults because they are still developing their core values; these imprints stay with them as they move through their life cycle.”

Tuned in and turned on

I don’t believe there is much common ground “technologically” between the millennial and the baby boomer. Using again the examples in the YouTube video, nothing demonstrated therein has/had the mobility of current gadgetry. Phones stayed in the house, vinyl records certainly weren’t something you could listen to at school.

The sense of intimacy that an iPhone6 provides is light years away from anything baby boomers enjoyed in their youth. It would be the same thing if Baby Boomers were exposed to technology from 50 or 100 years before. Amusing to be sure. But really… who cares?

In this article:millennials, old technology, youth