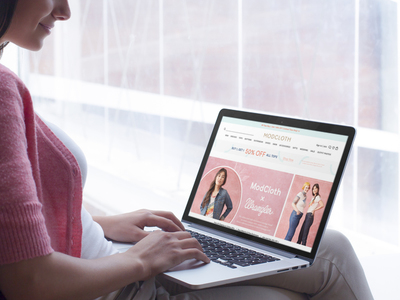 Consumers of the quirky, indie fashion brand ModCloth are in dismay.

It was recently leaked that they have been acquired by Walmart, which makes many current fans of ModCloth question their loyalty.

Modcloth has been known for their quirkiness. They are a niche brand, selling vintage-inspired clothes and accessories made for all shapes and sizes. They have been praised for their encouragement of diversity in the fashion realm.

They give customers a platform to post photos of how their clothes work in the real world alongside their reviews.

A large majority of ModCloth’s fan base consist of young women with progressive mindsets. So needless to say, it’s not exactly the same demographic of the typical Walmart.

Though no official announcements have been made to the public yet, it was leaked that ModCloth is soon to become part of the Walmart conglomerate. Jet, a subsidiary of Walmart, has just purchased ModCloth. Employees have already been given offer letters as the transition progresses.

Though it seems like an unlikely coupling, ModCloth CEO Matthew Kaness is optimistic about the future.

He has been recorded saying “I think there’s a lot of overlap culturally with what they’re about and what we’re about. I think over time this is going to become an incredible marriage.”

Ramifications of a merger

Current employees and customers of ModCloth do not quite share the same sentiment.

Most of the responses via social media have been negative, which isn’t a huge surprise.

Walmart is known to use any means to maintain their signature low prices, even if that means sacrificing the needs of their workers.

Some ModCloth customers have sworn off shopping anywhere associated with Walmart.
[clickToTweet tweet=”As of now, Walmart acquiring ModCloth isn’t doing anything for ModCloth’s alternative reputation.” quote=”It is unclear whether this will seriously affect ModCloth’s business, but as of now it isn’t doing anything for their alternative reputation.”]

Perhaps they will acquire a new, Walmart friendly fan base. Only time will tell.

In this article:Modcloth, The News, walmart