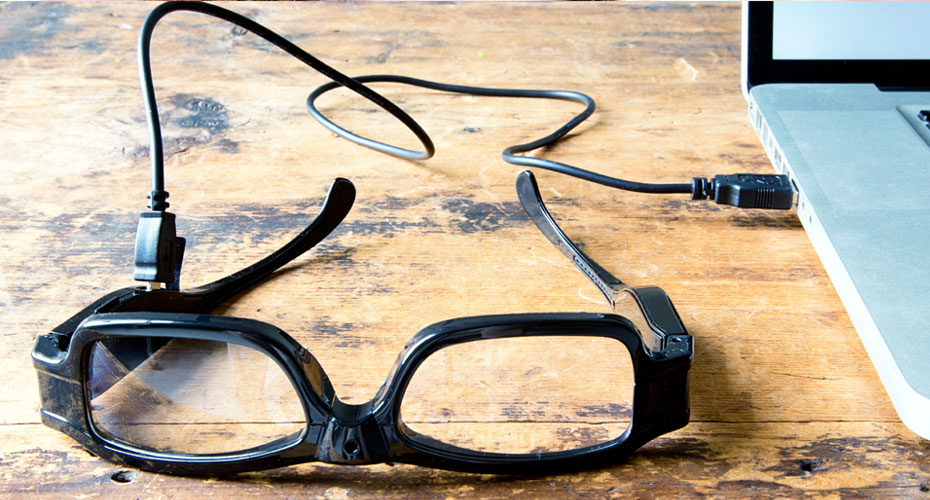 A few months ago, I was watching an episode of Seinfeld when I received a text message. As I shifted my eyes from the television screen to the phone in my hand, I noticed my eyes were taking longer to adjust than normal. “Why the hell can’t I make out this text message?” I asked myself.

Because I’ve been lucky enough to have near-perfect eyesight my whole life, I chalked it up to being tired and having foggy eyes. However, as the next few days went by, I was noticing more of a struggle to read from my phone and my computer.

I knew this day would come as, not only does everyone in my immediate family have glasses, but we as a society are putting strain on our eyes with constant screen use. Instead of trying to make more excuses for my aging eyes, I scheduled an eye doctor appointment to get a professional opinion (probably a wise idea as I hadn’t brought myself to the eye doctor since 2008…sadly, I was just proud it hadn’t been a decade.)

The doctor confirmed what I had already assumed, and diagnosed my eyes with something called “screen fatigue.” Never in my life had I heard something so 21st century.

So, what is my point about all of this? Well, hopefully, you can learn from my mistakes. We can no longer avoid screens, but we can avoid being affected by them.

First off, do not be like me. That is a vague sentence and a lot of attributes fall under that umbrella, but, in this instance, I mean don’t brush your health to the side.

Even if you’re like (the old) me and have great vision, you should still get your eyes checked once a year.

Next, take a break from your screen. But, like, an actual break; don’t just take your 15-minute work break and stop looking at your computer only to look at your phone. Try doing something else with your eyes, like having them look at a human and have an actual conversation.

Also, it may not be a bad idea to consider text increases. Word documents, PDFs, etc., typically have an option to zoom in. This is also available on smartphones to make your messages appear larger, so you’re not constantly straining your eyes looking at Arial size 12.

Now, as silly as it sounds, don’t forget to blink.

Without taking time to give our eyes a rest, they can get dry and tired as a result. Every 20 minutes to a half an hour blink about 10 times to get some moisture back in your eyes.

Lastly, it may be beneficial to consider eyewear specifically for screen use. I give you this advice as I sit at my computer wearing my new glasses specifically for work. Even getting one of those cheap pairs from the drug store may help to prevent future strain.

The most important thing to remember is simply that screen fatigue is in fact an issue. Try and be conscious of your eyes in conjunction with your screen use.

In this article:fatigue, screentime, The News