A new report shows that technological dependence is on the rise, especially among younger users.

As reported by eMarketer, a consumer electronics study by the market research firm GfK, found that 44 percent of respondents in the 15-19 age bracket, including 41 percent of people age 20 to 29 and 38 percent of people 30 to 39, struggle to take time away from consumer devices.

These results come on the heels of understandable concerns about the impact of ubiquitous consumer tech on daily life, a topic we’ve addressed in depth here at American Genius. The results are also supported by an earlier study carried out by Safe Home, a security ranking and review site.

Safe Home notes the potential dangers of this daily dependence on technology given rising concern about security, or lack thereof, in home technology.

That said, a vital caveat: neither GfK nor Safe Home dealt with technological addiction as a specific phenomenon. GfK’s study tracked whether people were dependent on their technology, not why. Likewise Safe Home, which addressed the question of digital dependence as a security issue.

Technological addiction is absolutely a real thing: a growing medical and social danger, and neither study addressed, or claimed they were addressing, digital dependence in those terms. There’s all the difference in the world between pathological and practical dependence, between the relationship you have with a drug and the relationship you have with, say, your water heater.

I’ve lived without hot water before. It sucks!

I find it difficult to take time away, but that’s not what addiction means, and neither GfK nor Safe Home are claiming otherwise.

At the same time, their findings are worthy of serious attention for people concerned about the health and social impact of tech. As connectivity becomes universal, human cognition and interaction are going to change, not always for the better. This is vital information on the subject.

In this article:dependency, tech addiction, The News 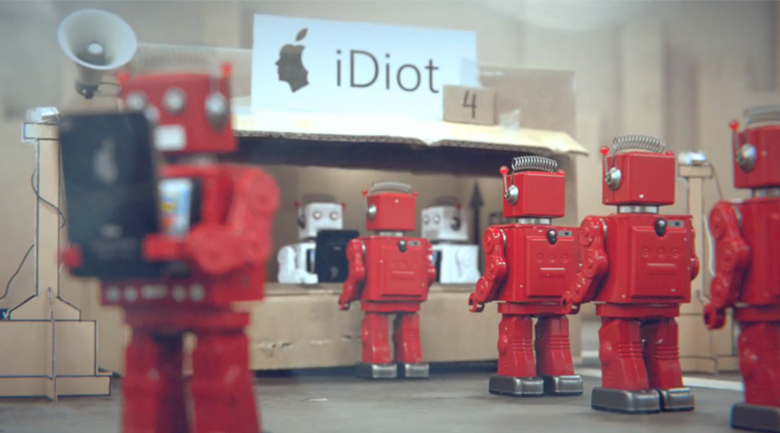 A visual effects studio has taken a thoughtful look into our culture's reliance on our smartphones, as represented by adorable robot iDiots.