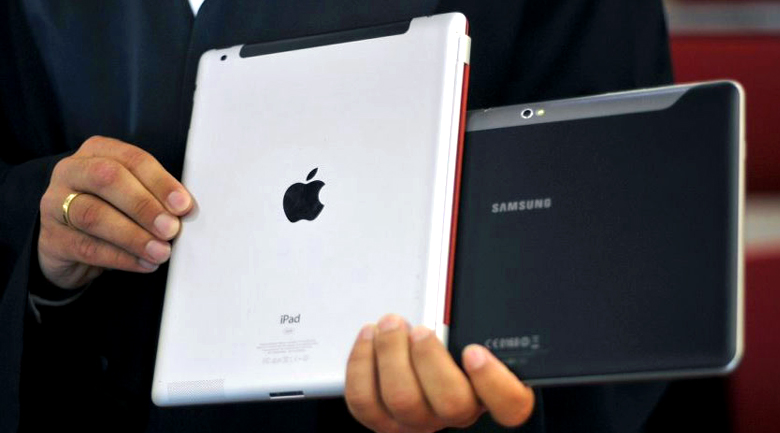 The latest in the Samsung showdown with Apple

Today, the U.S. International Trade Commission announced it would allow a ban on select Samsung products imported into the U.S. due to infringing on Apple’s patents, mostly impacting older mobile devices. Samsung has stated repeatedly that they have “design-arounds” for the infringing technologies, which have been approved by the Commission.

A Samsung spokesperson told The Verge, “We are disappointed by the US Trade Representative’s decision to allow the exclusion order issued by the US International Trade Commission (ITC). It will serve only to reduce competition and limit choice for the American consumer.”

Failing to get Obama’s veto support

Samsung has argued that the ban should be overturned on the grounds of public policy, citing that a similar ban was vetoed by the Obama administration in August. As of midnight, the ban went into effect, failing to obtain the President’s veto on the matter.

“After carefully weighing policy considerations, including the impact on consumers and competition, advice from agencies, and information from interested parties, I have decided to allow” the import ban to proceed, said U.S. Trade Representative Michael Froman.

Samsung can now seek a delay in the ban from a federal appeals court that could consider the legal grounds of the entire case.

In August, the Commission ruled in favor of Apple, declaring a sales ban on Samsung devices that infringed on the patent, shortly after the Obama administration vetoed a ban on iPhone and iPad models after Samsung won a separate case. As Obama is the only person with the authority to overturn import bans, perhaps Samsung believed that like Apple, they would be in the favor of the President.

Although the cases are substantially different, some see this as favoritism toward Apple, others see it as a stronger patent case, but either way, select Samsung products, particularly older models, will no longer be sold in America.

In this article:apple, samsung, Tech