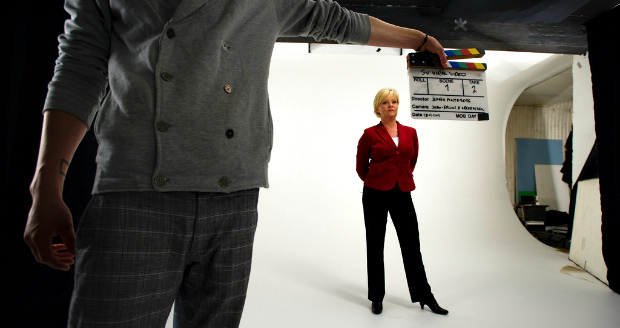 Web analytics firm, KissMetrics.com today blogged about the success of video in converting web traffic into buyers, based on data collected by the Austin-based video company, Invodo.

KissAnalytics wrote, “The great thing about online video is that people vastly prefer watching over reading (just consider the last time you watched the news versus reading a newspaper!) It spans nearly every industry and demographic. Organizational housewares e-tailer StacksAndStacks.com reported that visitors were 144% more likely to purchase after seeing a product video than those who did not.”

Without a doubt, web video is increasingly popular, with an average of 200 billion video views per month now and rising, and the time spent watching video is simply skyrocketing. Consumers want video, they crave it, they are coming to expect it, we offer no argument there.

Invodo cites MediaPost, noting “product videos play a key role in consumer purchase decisions, citing a 9x increase in retail video views at the start of the 2011 holiday season.” That is an amazing jump in video views and is quite impressive.

Where the argument gets sticky

The argument is being floated around blogs nationwide, not just at KissMetrics that somehow increased traffic or sales implies that people prefer video over reading or that increased video views means rising sales, and it is simply not proven by the statistics quoted. A retailer noting that visitors that watch a product video are more likely to buy is not necessarily true either, as the analysis does not take buyer intent into consideration – it is possible that what is equally likely is that buyers that intend on purchasing at the outset are more likely to watch a product video to affirm their decision.

The analysis that web views and sales rising is akin to saying a retailer has doubled foot traffic in January (likely because of an ad they ran in the PennySaver) and sales rose (likely because they dropped their prices by half). There are too many variables to simply decide that a rise in video views or sales means consumers prefer to watch video or that they are basing their decision on video – it is just as likely that they are affirming their decisions based on video.

What the data does prove is that the number of web video views are skyrocketing which shows a consumer demand for video, without a doubt. The data also proves that web sales are on the rise (which may or may not be linked to video viewing as buyer intent is unclear), as they are every year as online shopping has become mainstream.

More studies of the growing video industry will prove one way or the other in coming years – the current analysis may or may not be a misinterpretation of a complex set of numbers.