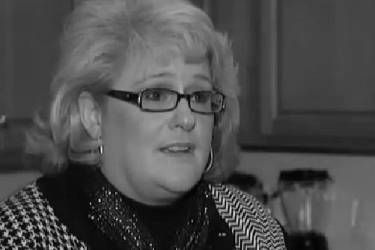 Philadelphia is the scene of an ugly homeowners association battle wherein they’ve singled out one homeowner and told her that her colored lights aren’t welcome, that she is bound by the bylaws that outline only white holiday lights are allowed.

We’ve seen the typical HOA battle where a homeowner doesn’t want to take down their lights until St. Patrick’s day, and that is reasonable, but the homeowners above say that not only were the singled out for having colored lights on their home, but they have been fined for doing so. The neighbors banded together and collected 62 signatures on a petition to allow the colored lights rather than the current white, non-blinking lights only that violators are subject to $10 per day the lights remain visible.

According to CBS Philly, the HOA surveyed the community and received 38 responses, split evenly with 19 voting for non-blinking white lights, and 19 for colored lights (5 for blinking, 14 for non-blinking). Rather than see it as a tie, they broke it down to a 19-14 vote, saying the 5 votes for blinking colored lights aren’t counted as votes for colored lights. Neighbors that see the math as fishy are planning on organizing to run against the current HOA leadership in the next election cycle.

Why white lights only? “Some colored lights are pretty and they have their place in… neighborhoods, but you never really know how far people are going to go with them,” one resident told CBS Philly.