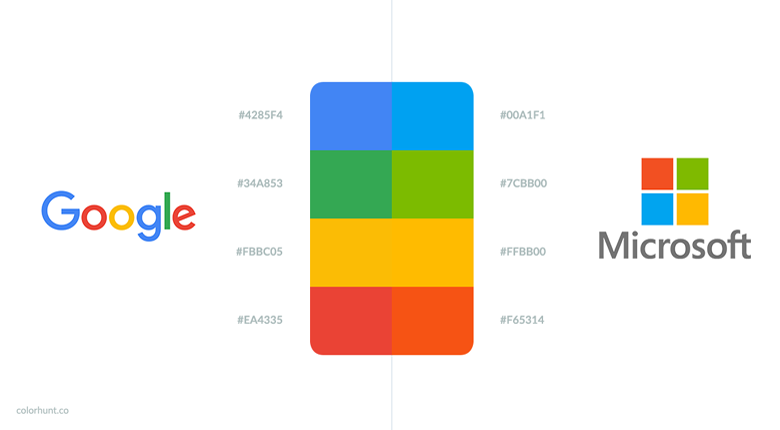 Unless you’ve been living under a rock for the past couple of weeks, you’re probably aware that Google changed their logo (again). This time they opted for a cleaner font, as well as a muted color scheme. At first glance, it doesn’t seem like much has changed; however, Color Hunt Blog quickly pointed out the marked similarity between Google’s colors and Microsoft’s.

To start, it is mentioned that the yellow both Google and Microsoft use in their logos is fundamentally identical. The blog also points out that, while the colors are different on some level, this difference is largely due to the saturation scale Microsoft uses. Google’s plainer, more utilitarian color scheme portrays a flatter palate that adequately conveys the fact that they’re grounded in reality, whereas Microsoft—a digital giant—explores brighter, more complex colors. 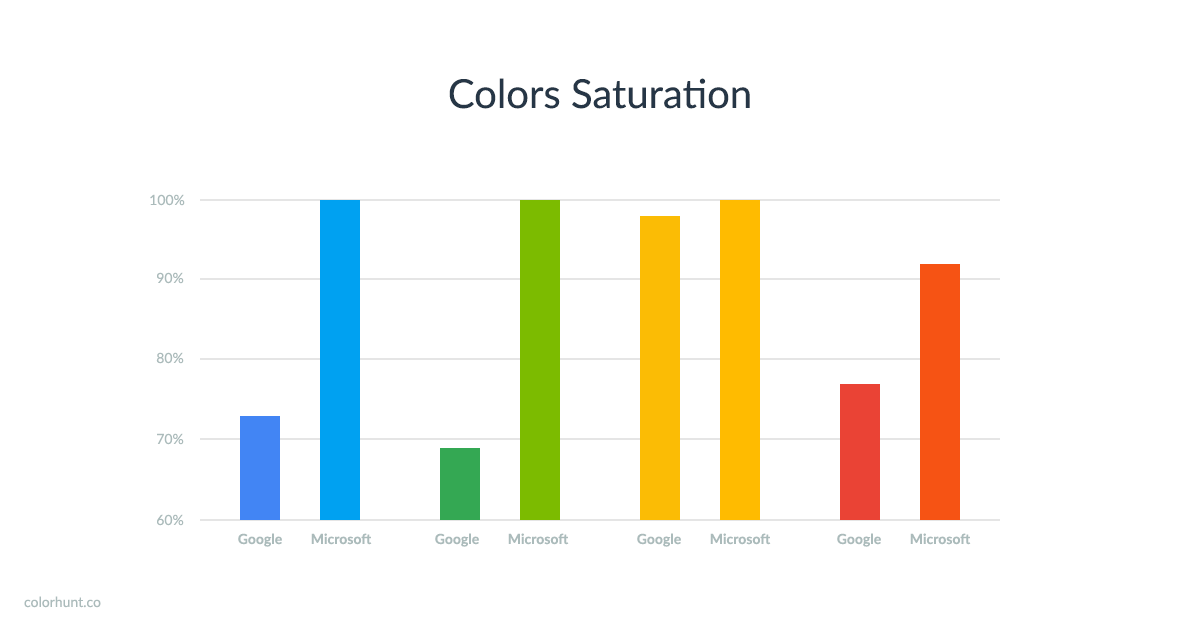 So what’s the big deal?

Remember when iOS 7 came out back in September of 2013? All those rounded text bubbles, loading bars, and icons gave way to more angular, uniform, clean-cut presentation reminiscent of—you guessed it—a Microsoft phone. Like it or not, the world seems to ever so slightly gravitate toward Microsoft’s design choices. Here’s why: Microsoft presents a clean, squared-off, aesthetically pleasing interface. Efficiency is inherent in its design; it’s a look that says “I’m all business.”

Whether or not Microsoft actually accomplishes such efficiency is up for debate, but presentation is half of the battle. Our society has moved on from the comforting appeal of Apple’s soft textures and gentle interfaces; one need only take a cursory look at current trends in interior design to know that we’ve entered an era of clean edges and uniform lines.

Personally, if I had the budget and the time, I would certainly consider redoing my entire communications network and entertainment provider with Microsoft in mind — and, as it sits, I’m not alone in that field by a long shot. I think Google is keenly aware of this mentality, and their subtle color changes in this new logo reflect their desire to continue providing information in as an efficient, uniform a way as possible.