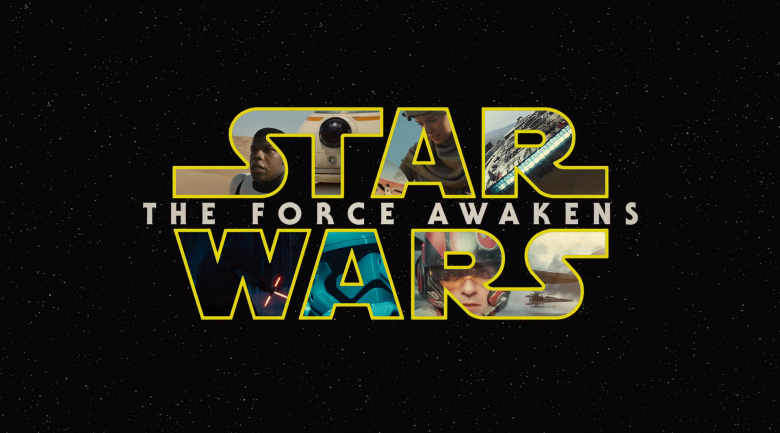 This is how you compete, folks!

I thought it was very classy that Universal Studios (those are the folks behind Jurassic World) recently took out a full page Twitter ad and gave Disney/Lucas Films (that’s the team behind Star Wars: The Force Awakens) its due: earning more money in it’s opening weekend than some countries have as their entire Gross National Product. 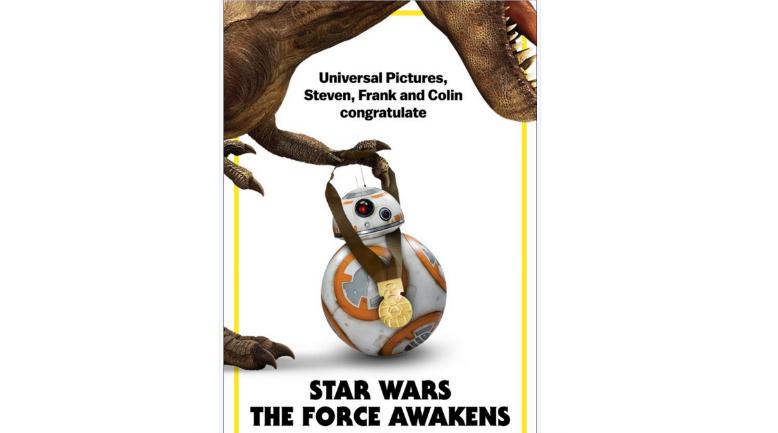 And naturally the minute the ad went viral there were plenty of folks who jumped all over JW producer Frank Marshall calling him jealous and a sore loser and who knows what else. Sore Loser? Maybe I missed something here! Both films have earned a gazillion dollars. There are people involved in both franchises that have made so much money they would need several lifetimes in which to spend it. No one and I mean NO ONE can be labeled a “loser” in this scenario. Is one film better than the other? One with better special effects, characters, plot, etc. Sure there is! And it’s not for me to say which.

The mindset of losing?

What I will say is that competition is good! Making great films, great food, great comic books or great whatever is good for each respective industry as a whole. It motivates individuals to do their job as best as they can so they too can enjoy the same success or even more. Because when things are created in the best way possible it raises the bar on quality.

As sure as I’m sitting here typing, there will be another movie that will come out and beat Star Wars. It’s just the way things are. I think I just read that SWTFA is on track to beat Avatar as the all-time box office champion. I guess that means that Disney will be the most powerful studio in the world and the galaxy and even parts of Detroit. I have a hard time thinking that James Cameron is feeling any heat from all this. If anything I bet he’s pumped. He’s probably thinking “Wait until they see what I came up with for Avatar II and III..!” (Of course maybe I’m wrong. Maybe he’s muttering to himself, “Oh crap, I better get a story written and fast!”)

Success.org has a great article online regarding why it’s good to lose sometimes. That there are lessons to be learned in losing. I’m not talking about losing on the scale of WWII, (although there are/were lessons to be learned from that and other wars to be sure) but our basic everyday competitive lifestyle is full of winning and losing (or at least coming up short).

“Competition is far better for the loser in my estimation than the winner, given the correct mindset. What is the correct mindset? Losing is temporary. Just like winning is and just like life is. In the context of time we can appreciate the ephemeral nature of any lose and find the lesson.”

History has demonstrated time and again that some of the greatest winners were also some of the worst losers. So don’t sweat it if you were turned down for the prom or for promotion or because you film only grossed 525 million dollars and not 529 million.

The trick is to bounce back and come back stronger than before.