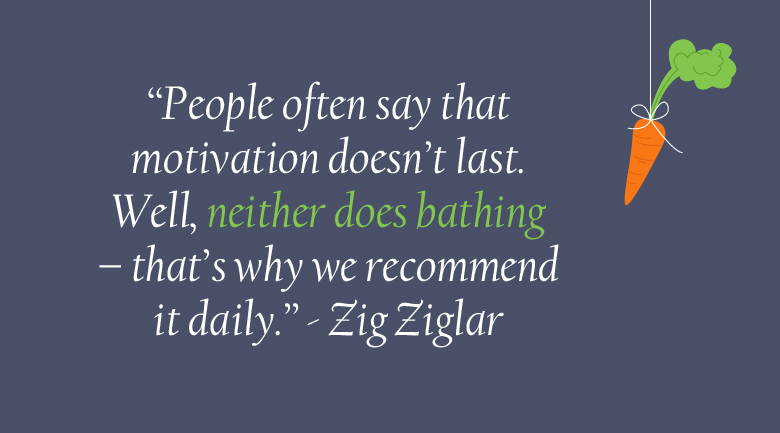 Motivational quotes to get you going

Whether looking for motivation in your personal or professional life, one can find inspiration in the volumes of words spoken and written by those that have come before us, no matter your goals. From Ziglar to Einstein, here are 13 inspirational quotes to get you in gear:

Georgia Tech to offer a $7,000 advanced degree, will others?

(BUSINESS) Inflation is out of control, and one of the most obvious ways to feel the effects is when filling up your tank. Some employers are helping.

It’s rare that the IRS seems to help businesses and taxpayers. Because fuel costs have increased, among other reasons, the IRS increased its optional business mileage standard on July 1. The figure is generally evaluated annually, but seldom does the IRS make a change in the middle of the year. According to the IRS news release, the last such change was in 2011. If the IRS is trying to help Americans and businesses who are feeling the crunch of inflation, employers must consider how to incentivize workers to keep coming to the office in a tight labor market.

How are offices responding to inflation?

According to Inc.com, That’s It is offering $100 gas cards for employees in June, July, and August. Many employers are keeping their employees remote or offering a hybrid plan to reduce gas costs for their employees. Flexible schedules that reduce commute time can also help with rising gas prices. Zenefits recommends a cash benefit or temporary increase for employees, but there are a few things to remember. First, gas cards or cash bonuses are considered taxable income. They must be reported on the worker’s W-2 form. In addition, offer bonuses across the board. If you only offer benefits to one set of employees, i.e. those who drive, you may be unintentionally discriminating against a protected class. Those who don’t drive, people with disabilities, may be able to claim disparate treatment.

It’s been said that it’s easier to get a salary increase by job-hopping. In this tight job market, many people are leaving good jobs that don’t pay well just to find another position that pays more. You may not be able to match huge salary raises, but you can help employees find solutions to the high cost of their commute.

When talking to hiring managers outside of an interview setting, I always find myself asking about their horror stories as they’re usually good for a laugh (and a crash course in what not to do in an interview). A good friend of mine has worked in HR for the last decade and has sat in on her fair share of interviews, so naturally I asked her what some of her most notable experiences were with candidates – the good and the bad, in her own words…

“Let’s see, I think the worst questions I’ve ever had are typically related to benefits or vacation as it demonstrates that their priorities are not focused on the actual job they will be performing. I’ve had candidates ask how much vacation time they’ll receive during an initial phone screen (as their only question!). I’ve also had them ask about benefits and make comparisons to me over the phone about how our benefits compare to their current employer.

I once had a candidate ask me about the age demographics of our office, which was very uncomfortable and inappropriate! They were trying to determine if the attorneys at our law firm were older than the ones they were currently supporting. It was quite strange!

I also once had a candidate ask me about the work environment, which was fine, but they then launched into a story about how they are in a terrible environment and are planning on suing their company. While I understand that candidates may have faced challenges in their previous roles or worked for companies that had toxic working environments, it is important that you do not disparage them.

In all honesty, the worst is when they do not have any questions at all. In my opinion, it shows that they are not really invested in the position or have not put enough thought into their decision to change jobs. Moving to a new company is not a decision that should be made lightly and it’s important for me as an employer to make sure I am hiring employees who are genuinely interesting in the work they will be doing.

The best questions that I’ve been asked typically demonstrate that they’re interested in the position and have a strong understanding of the work they would be doing if they were hired. My personal favorite question that I’ve been asked is if there are any hesitations or concerns that I may have based on the information they’ve provided that they can address on the spot. To me, this demonstrates that they care about the impression that they’ve made. I’ve asked this question in interviews and been able to clarify information that I did not properly explain when answering a question. It was really important to me that I was able to correct the misinformation as it may have stopped me from moving forward in the process!

Also, questions that demonstrate their knowledge base about the role in which they’re applying for is always a good sign. I particularly like when candidates reference items that I’ve touched on and weave them into a question.

A few other good questions:
• Asking about what it takes to succeed in the position
• Asking about what areas or issues may need to be addressed when first joining the company
• Asking about challenges that may be faced if you were to be hired
• Asking the employer what they enjoy most about the company
• I am also self-centered, so I always like when candidates ask about my background and how my current company compares to previous employers that I’ve worked for. Bonus points if they’ve actually looked me up on LinkedIn and reference specifics :)”

Think about the best and worst experiences you’ve had during an interview – and talk to others about the same topic – and see how that can help you with future interviews.

(BUSINESS) The two terms, leadership and management, are often used interchangeably, but there are substantial differences; let’s explore them.

Some people use the terms “leadership” and “management” interchangeably, and while there is nothing inherently wrong with this, there is still a debate regarding their similarities or differences.

However, Riggio believes it is only a matter of semantics because successful and effective leaders and managers must do the same things. They must set the standard for followers and the organization, be willing to motivate and encourage, develop good working relationships with followers, be a positive role model, and motivate their team to achieve goals.

He states that there is a history explaining the difference between the two terms: business schools and “management” departments adopted the term “manager” because the prevailing view was that managers were in charge.

They were still seen as “professional workers with critical roles and responsibilities to help the organization succeed, but leadership was mostly not in the everyday vocabulary of management scholars.”

Leadership on the other hand, derived from organizational psychologists and sociologists who were interested in the various roles across all types of groups.

So, “leader” became the term to define someone who played a key role in “group decision making and setting direction and tone for the group. For psychologists, manager was a profession, not a key role in a group.”

When their research began to merge with business school settings, they brought the term “leadership” with them, but the terms continued to be used to mean different things.

The short answer, according to Riggio is no, not really; simply because leaders and managers need the same skills to be productive and respected.

This editorial was first published here in June of 2014.