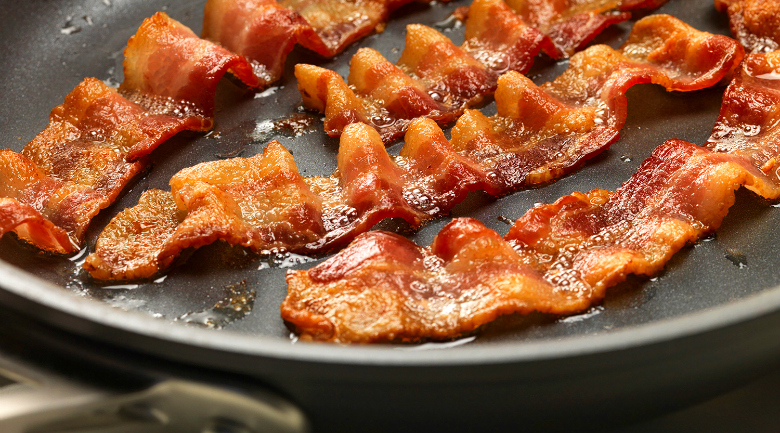 No bacon for you

When you’re an entrepreneur and someone doesn’t like something you’re up to, your dreams may be crushed from time to time, especially if you’re cooking bacon near future brides. Seriously.

In Australia, like most people with a heartbeat, love their bacon, but regulars at the Gramercy Coffee joint will no longer be able to enjoy said bacon. So sad.

Eater reports that the lovely smell of sizzling bacon wafted throughout the building, upsetting the bridal salon upstairs.

The upscale bridal shop upstairs began complaining to management that the bacon smell was traveling through the air ducts, and sizzling bacon isn’t exactly when one wants to smell while gown shopping (which makes sense – it is kind of a sticky, stale smell out of context that makes you feel fat, trust us).

What a frickin’ shame

The cafe owner notes that he has been serving bacon for nearly two years, has never received any complaints from the bridal salon or anyone else, and had no clue that there was even an issue until he received a notice in September.

“The biggest thing was the shock of not knowing anything about it and then having this massive drama arise overnight,” he notes, emphasizing that he was never directly contacted by anyone at the bridal store, rather they went directly to management.

“We have no relationship with the tenant upstairs and if we had just talked about it face-to-face we could have come to an arrangement to keep both parties happy,” says the cafe owner, adding, “It’s a shame because it places us in a bad light and we never knew anything about it.”

They have since attempted various ways to cook bacon without offending anyone, but now simply serve ham. What a sad bacon-free zone.

The commercial property management says it has “never been permissible” to cook bacon as the cafe does not have an extraction fan, but again, never notified the owner of the bacon-free zone.

“The cooking of bacon impacted the quiet enjoyment of another tenant in the centre,” the management company said in a statement, who has since informed the cafe of which items they may cook in the building.