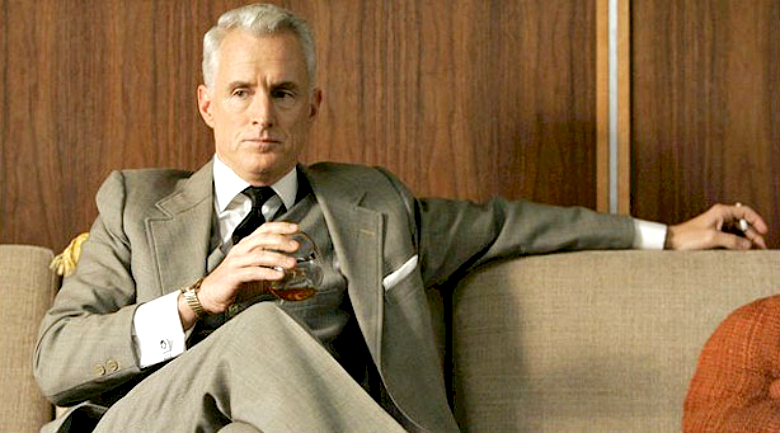 Maybe Mad Men had it right?

Have you ever thought that Donald Draper and the rest of AMC’s “Mad Men” who broodily power-walk around Sterling Cooper Draper Price might have a case for having a full wet bar behind their desks? Yes, it seems crazy to condone drinking in the work place but it may be of some benefit to your business. Researchers from the University of Illinois published results of a study1 testing the effects of alcohol on problem solving. And the results show that alcohol at work may result in the company’s favor.

During the study, researchers observed 40 men between the ages of 21 to 30. Fully 20 of the men drank enough vodka to achieve a blood alcohol level of 0.7; the other 20 drank nothing. In a Remote Associates Test in which participants are shown a set of words and asked to say the first associated word that comes to mind, the participants who consumed alcohol out-performed those who didn’t.

“We think being too focused can blind you to novel possibilities, and a broader, more diffuse or more flexible attentional state may be needed for creative solutions to emerge,” says Jenny Wiley, one of the authors of the study.

So we already knew that drinking lowers your inhibitions and may turn your night into a scene from a Hangover movie, but it also appears to lower your mental inhibitions and increase your ability to be creative and think outside of the box.

While it would behoove you not to turn into a lush in your cubicle, the results of this study suggest that having a drink and loosening up when trying to problem solve or while coming up with a marketing campaign may be beneficial.

When your marketing team is going on hour three of sitting around the conference table pulling their hair out trying to come up with the perfect email campaign, a drink or two may encourage team members to be less afraid to really go there and suggest something they’d normally think of as too crazy.

Who knows? It may end up turning into a giggle fest. But when your head starts to clear up and you look at the ideas you came up with, you may find that one of them is the perfect, unconventional fix to the problem you were trying to solve. Just make sure to have a D.N.T. (designated SOBER note-taker) there to capture the ideas that flow during the meeting.

Do you panic any time someone asks to reschedule? You’ve got your days meticulously planned out and there’s no time in the next month...