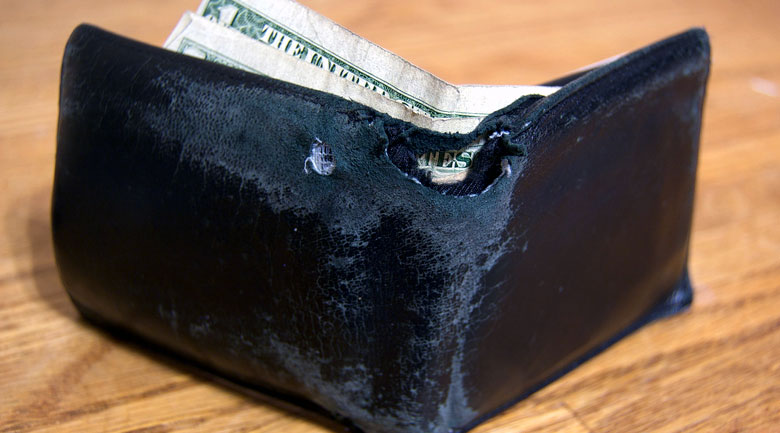 It may not surprise you that nearly half of Americans live paycheck to paycheck, especially since the economy took a dive. And you might be numbered among them. If not, there’s no doubt that you know many people who have to live that way. NetCredit surveyed 1,000 Americans over the age of eighteen about their finances and debts. Here are some of the findings:

Staying on top of monthly bills can be exhausting and overwhelming, especially if you count down the days until the next paycheck while you’re praying an unexpected expense won’t show itself. If this describes you, then you’re not alone. 24% of Americans have the one goal of simply getting their bills paid. That means they’re not putting any money into savings or saving up for a family vacation. They are simply trying to survive. Fully 6% of those surveyed are mostly worried about paying their mortgage or rent and 14% are just trying to avoid any more debt.

Out of those polled, if met with an unexpected payment or if they didn’t have enough money to make it to their next paycheck, 61% would immediately pull what was left of their savings, 23% would put it all on a credit card, 16% would borrow from close family members or friends, and 7% would start to sell or pawn their possessions. At the bottom of the list, and with the lowest percentages, are cash advances and bank loans. The FDIC recently published a study that estimated that nearly half of Americans could not come up with an extra $2,000 in thirty days for an emergency. And, quite frankly, that’s terrifying.

NetCredit’s survey respondents came from a variety of backgrounds, which helped them to estimate the demographics that are more prone to financial struggles. NetCredit concluded that 62% of Americans in their 30s live paycheck to paycheck and also those with children, which equals 57%. It may not be surprising to you that those living in the South are more susceptible to financial issues than those that live in the Northeastern United States, with respective percentages of 53% and 41%.

These percentages are humbling. With nearly half of Americans struggling to make ends meet, it’s more important than ever to make smart financial decisions and save when you can. And perhaps that’s one reason small businesses are popping up all over the country, as Americans are trying to get out from under someone else’s thumb and be their own bosses.