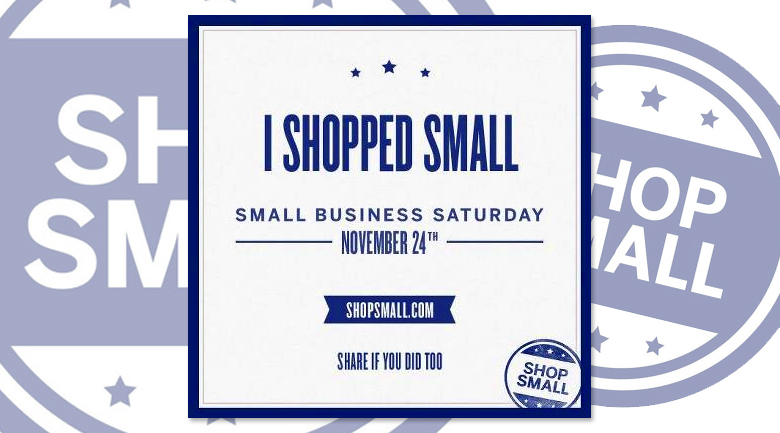 Conceived of by American Express in 2010, Small Business Saturday has become a national shopping holiday held during the Thanksgiving holidays between Black Friday and Cyber Monday, both of which are typically focused on large brands and mall-style shopping. The counterpart to these shopping days encourages residents to shop locally and to support small businesses. The effort is promoted annually through radio, web, and television advertising by American Express who also offers small business owners free tools for the Small Business Saturday events to convert more sales.

One of the year’s biggest days for small businesses

Small Business Saturday is the most important shopping day of the season for 36 percent of independent retailers, according to the National Federation of Independent Businesses (NFIB) Small Business Saturday Consumer Insights Survey, with only 24 percent citing Black Friday as their biggest sales day. While America waits on statistics regarding the sales day, the NFIB reports that of the tens of millions familiar with the holiday, 67 percent had planned on shopping small, and 44 percent said they observed the holiday in 2011. Fully 70 percent of respondents said they planned to spend more or the same amount this year and planned to spend on average $100 on Small Business Saturday.

The study revealed that the top five places that consumers plan to shop on Small Business Saturday are restaurants (52 percent), bakeries (35 percent), clothing stores (34 percent), gift shops (31 percent), and book shops (29 percent). The top reason that consumers say they planned to support small businesses on November 24th is they value the contributions small businesses make to their community (76 percent), while the number two reason was better customer service (59 percent).

Why the day is so popular

Dr. Ross Steinman, psychology professor at Widener University, tells Tuscon Citizen that the popularity of Small Business Saturday is a revolt against big-box stores from consumers who are willing to pay extra and see the money go to their communities. “There’s so much negative attention in recent years on Black Friday and the rampant consumerism that’s associated with it. Small Business Saturday is a response to that.”

“America’s small businesses contribute to their communities in innumerable ways—creating half of private sector jobs, generating the revenue that spurs continued growth, and supporting the families they employ; it’s no surprise that American consumers have a deep trust in, and admiration for, the small-business community,” said NFIB CEO Dan Danner. “Small Business Saturday gives us a chance to show our appreciation and to help America’s job creators in a very real way, by patronizing small shops, restaurants and service providers. Anything that helps with sales is certainly appreciated by small-business owners, many of whom have struggled to stay afloat in a rough and uncertain economy.”