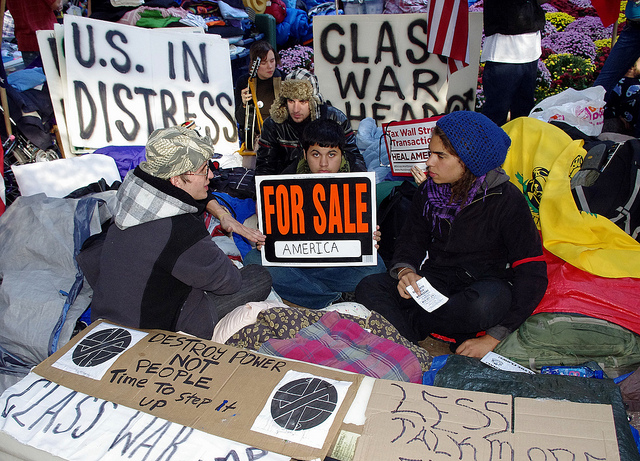 Economist Barry Ritholtz weighs in at the WSJ telling the Occupy Wall Street protesters that there is a more productive use of their time.

“There is an unfocused financial rage in the United States,” Ritholtz writes. “It was born in the late 1990s on an unholy trinity of accounting swindles, the dot-com collapse and analyst scandals. It grew on a housing boom and bust that created 5 million (and counting) foreclosures, leaving more than a quarter of bank-financed homes worth less than their mortgages. It matured on a growing wealth disparity that eviscerated the middle class and brought back the plutocracy of the 1920s. It reached its peak with the bailout of reckless bankers, who were rewarded for their irresponsibility with what may be the greatest wealth transfer in human history. And now it seems to be finding its voice with the movement known as Occupy Wall Street.”

Further, Ritholtz opines, “The United States has become a “corporatocracy.” Campaign finance and lobbying money has so utterly corrupted Congress that we might as well put elected officials up for bid on eBay. Even the state attorneys general have become targets of aggressive lobbying, most recently in Florida. We must become a democracy again, where one person/one vote matters. To do that, Wall Street money must be taken out of the process.”

He says the OWS movement needs a few things that would make it as relevant as the Tea Party. Is he off base here?