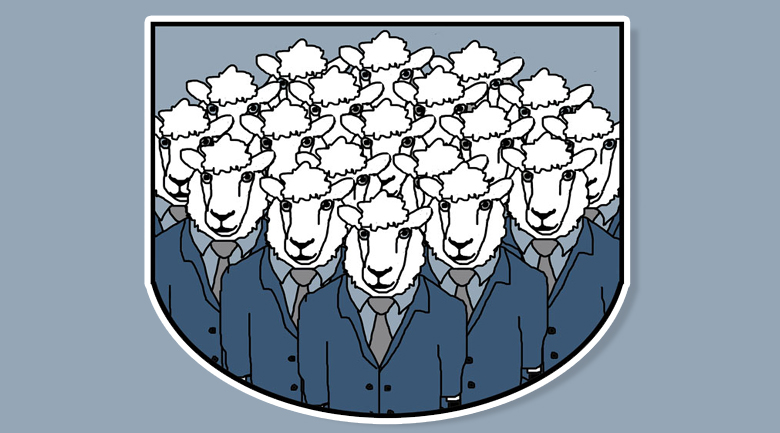 The rise of the sheeple class

The world is full of people that no longer think for themselves, that have stopped questioning the information they receive or even take the time to develop their own opinion about what is happening around them. They are known as sheeple, people who are not willing to think for themselves and simply follow the crowd.

Sheeple are highly influenced by the media or by whoever is speaking the loudest. I am a huge advocate of TED and TEDx events, and earlier in September, I had the opportunity to sit in the audience of a TEDx event that I founded just four years ago… this time, I was only a spectator. I was shocked! I was Absolutely dumbfounded in how the masses just accepted the ideas from the stage – there was no questioning or accountability of the presenters.

Don’t get me wrong, I love the sharing of great ideas, but that is the whole point – they are ideas. Ideas are to be challenged, tested, and evolved as they grow. If we accept them as they are, the idea is dead on arrival.

3 ways to avoid being in the herd of sheeple

It does not matter if you are in business or an employee, your organization needs critical thinkers that are willing to stand against the current and challenge the status quo. These people will upset the sheeples, but will change the landscape from flat line to growth.

Standing out isn’t easy for most; you will receive disapproving glares from people you thought you knew. The key is to not be defensive, because this is your life not theirs and it is okay to want to find your own truth… they have theirs.

Below are the three basic elements of not being a sheeple: 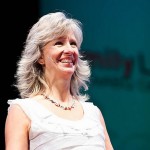 Emily Leach is a pioneer in the world of uniquely-talented people who feel empowered to go beyond conventional jobs and create businesses from unique vantage points and perspectives. She is the founder of the Texas Freelance Association, the first statewide association of freelance workers in the country and The Freelance Conference, the only event of its kind poised to become THE conference for freelancers across the nation. Her belief that those working for themselves deserve the same respect as those working for major corporations drives her tireless fight to ensure this growing population of “genetically unemployable” solo-preneurs are represented and offered some of the same opportunities as those working for large corporations. Because of her knowledge and expertise, Emily has been a leading-edge organizer and speaker for TEDx events throughout the U.S. Southwest. Currently living in Austin, Texas, Emily’s outside interests include rowing, sailing, traveling, scuba diving, snowboarding, whitewater and cycling – basically, having adventures and living life to the fullest.