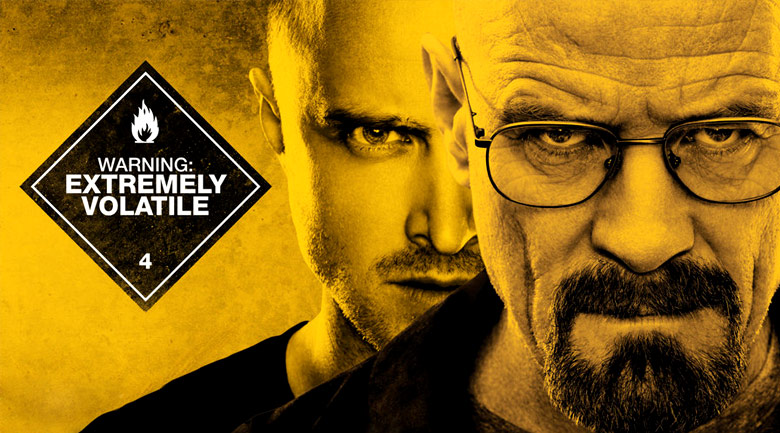 How do you increase product awareness?

You have created something brilliant.

You did your market research so you know people want it.

But you’re not some marketing specialist – you specialize is making something amazing.

Without customers, you’re shot though. So, there’s the age old problem again – how do you increase awareness of your product, thereby increasing sales?

To me, problem solving is an art. And as Picasso said, great artists steal. So when I have a problem, I like to find other similar problems, and analyze how they were solved, with what consequences and/or triumphs.

Walter White has the same problem

And it just so happens that Walter White has a similar problem, one that despite his success, he keeps running into. Due to the rapid growth of his organization, it’s kind of a good problem to have – how to pinpoint the area of demand with which he can then insert his very profitable product as the supply.

Let’s pretend, for a moment, that Walter White is not a fictional character on the hit series, Breaking Bad. We’ll imagine that he’s not a chemistry teacher who, upon contracting cancer, and learning that the cost of his illness would wipe out his family financially, decided to deal methamphetamine.

Yes, we’ll take those details out of the equation and look at the problem he has in common with start-ups and business owners.

The problem: focusing on what you do best

Walter’s problem, in essence, is that while he is a fantastic drug maker, he doesn’t want to be a drug dealer. He wants to concentrate on what he does best, and find someone else to handle the rest. It’s a wise decision – it’s hard to be truly spectacular at a variety of unrelated skill sets.

What he realized he needed is a distribution channel. He has a high quality product, knows there is demand, but not the details on how to fill the demand.

If you are in that situation, the best thing to do is to find (or create) a distribution channel.

If you created a consumer product, your distribution channel might be Amazon, Walmart, your own store, a mail order catalog, or all of these.

And if you want to distribute content as a means to lead generation, your distribution channels could range from your own blog, to Slideshare, speaking engagements, guest blog posts, or having your articles published in reputable publications (like AGBEAT! ).

Distribution networks are the places where people in a distribution channel gather- examples would be YouTube, Google, Slideshare, Twitter, a blog or podcast.

A distribution channel, however, is more closely represented by the subset of people connected to your accounts on those networks. To be more exact, it’s the people within that subset who are most willing to sharing with others what you’ve shared with them.

It’s not just the people who have the biggest audiences, the best networkers or the most influential. Sometimes the momentum you want to spark is started by an average user, then continued by the curators of the world.

Back to Walter reaching his users

When Mr. White initially decides that the answer to his problem is to produce mass quantities of a popular drug, he recruits a dealer to help him get his product to the end user.

He could have figured out how to do this on his own. But then he’d have to take on the risk of moving the product, as well as start from scratch with a network of contacts, rather than rely on the people who users of the product are already going to in order to buy the product.

The dealers have the customers, but not the product. If you ignore the illegality and lack of morals in the situation, it’s a match made in… well, hell. But in their case, let’s face it – if hell exists, they’re already going.

Walter’s issue is that each time his company grows, he needs a more powerful distribution channel.

When supply and demand don’t match up

Eventually he gets to the top of the organization and finds that he can make more product, but that the supply will exceed the demand. Which of course means he has to expand into a new market. But to access that market, he again needs an intermediary to facilitate distribution, this time on a more massive level.

How does this relate to your business?

Well, there’s someone out there who already has access to the audience you need. You could do this the expensive way and advertise traditionally. It’s a good solution if you have the budget and can find other ways to earn and keep the trust of your audience.

Of course most of us don’t have the budget to both overcome the cynicism of today’s buyer and to pay per head for each lead.

You could also use social media to draw attention to your business. But like most other people who can’t stay on social networks, constantly building their reach, lack of growth can stagnate your accounts. Once the initial buzz wears off, if you don’t have a distribution channel set up, social networks become another place to update the audience you already have, rather than reach new people.

Then there’s always search. The obvious problem there is that the rules of search rankings are constantly changing.

That’s not to say that you shouldn’t use these methods to market, brand or otherwise increase exposure to your business. In fact, it’s probably a good idea to do as much as is appropriate to what you sell to market your product.

The key is to find the most effective suppliers of distribution channels – places where your content, product or service is already in high demand. Then identify who among those leads are sending you more leads, and find a way to encourage them to continue to do so.