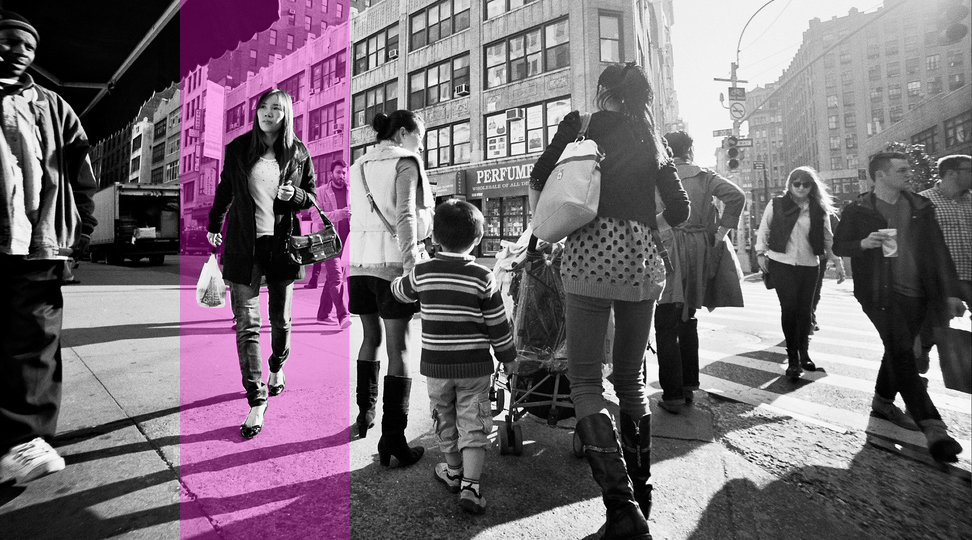 Standing out from the crowd and being different may not be the only marker in the route to success, but it’s certainly not a typical indicator of impending doom., and there are other reasons you want your business to stand out. Maybe you’re in a competitive market and want to get noticed. Perhaps you’re hoping to get funding, and don’t want to be lumped in to the other countless groups that also need startup cash.

It could be as simple as wanting yours to be the email your time-pressed customer opens. In short, there are many ways being different can make a positive impact on the future of your company. In part one of this series, I shared with you that you can stand out by reducing your friend counts, and in part two, I showed you how to stand out by bringing people together and being the connector.

In part three below, you’ll learn the hardest lesson of all – standing out is usually achieved by busting out of your comfort zone:

How to stand out by getting uncomfortable

Fear stop us from doing things that are risky. That can be good for us – in the case of one woman whose fear center no longer works, she continues to find herself in dangerous situations that fear could have kept her safe from, ulltimately.

And yet overcoming fear, specifically being comfortable with calculated risk, is so often the answer to growth, whether in our personal lives or in business.

We often avoid risk out of fear, even when we know that the risk we want to take isn’t dangerous. We all have that thing we should be doing but can’t bring ourselves to do, out of fear. You probably have the resolution you made around this time last year that you gave up on, because you were too afraid to see it through.

How do we get around the fear so that we may stand out?

Since the feeling of being afraid is so powerful, how do we get around it, or at least get to a place where we can tell whether our fear is irrational, and if so, power through?

To start with, make a list of 30 things you’d like to do to make progress in your personal or professional life. Order the list from things that are just a little bit out of your comfort zone, to things that are the most harrowing to think about.

Start with the thing that cause you the least discomfort, and do your best to achieve it. When you get as far as you can, take a week off. Then do the next thing on the list.

The point here isn’t being able to reach the goal – maybe riding roller coasters just isn’t for you.

Rather, the idea is to make yourself attempt things that give you that feeling of discomfort, so you can desensitize yourself to your more irrational fears.

Attempting to break out of your comfort zone

A few things to try, if you have trouble thinking of any on your own:

Some of these may not frighten you at all, but the next person you talk to may find them terrifying. Even if nothing on that list scares you, just think for five minutes, what you’d do if you weren’t afraid. Pick from the list things that won’t endanger your life, those things that, if successful, would certainly enrich it, and do them.

The greatest risk of all sometimes, is not to take a risk at all.

2013 could be just another year, one you could exit having basically the same problems you had this year. But if you’re willing to focus on the best connections, bring people together, and overcome the fear that paralyzes your progress, it could be the year that you have your breakthrough.

15 tips to spot a toxic work environment when interviewing

(BUSINESS ENTREPRENEUR) Interviewing can be tricky, but this new infographic will help you look for signs of toxicity before, during, and after the interview. 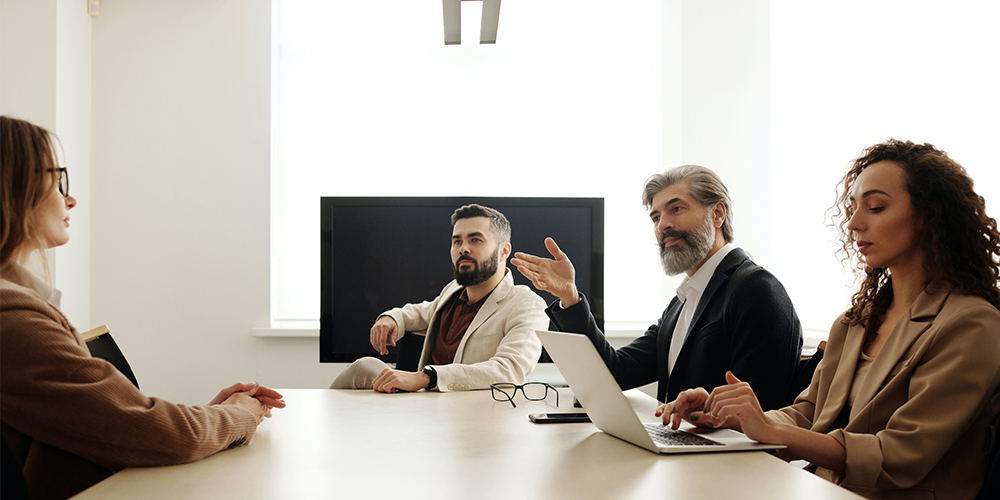 When we’re in the process of job hunting, we’re typically looking because we need a change, for multiple reasons. Any interview sparks hope. Because we’re sometimes so willing to make that change, we often put our blinders on in the hopes that whatever comes is the perfect opportunity for us.

With those blinders, however, it can be common to miss some red flags that tell you what you really need to know about the job you may be applying or interviewing for. Luckily, Resume.io is here to help.

They have developed 15 warning signs in their infographic: How to Spot a Toxic Work Environment Before You Take the Job. Let’s dive in and take a look at these.

First, the preparation before the interview. Red flags can shop up from the get-go. Here’s what to look out for before you even meet face-to-face (or over the phone/Zoom).

Now, for the high-pressure situation: During the interview. Here’s what you need to be keeping an eye on (while simultaneously listing your strengths and weaknesses, of course)

Finally, the waiting game. Once the interview is complete, here are some less-than-good things to be on the lookout for. Keep in mind that some of these may be hard to gauge seeing that we’re in the middle of a pandemic and many companies haven’t returned to their offices yet:

Internships are among the innumerable practices disrupted by the COVID-19 pandemic. Some might argue that the loss of the corporate version of hazing that defines many internships is not something to be mourned. But the fact remains that internships are crucial for both employers and employees. Fortunately, a company called Symba might have a solution: Remote internships.

It’s a simple, intuitive solution for the times. That’s why big-name industries like Robinhood and Genentech are turning to Symba for help in constructing their own digital internship platforms.

Symba is, in and of itself, akin to any employee management system. Prospective employees sign into their Symba account via the landing page of the company for whom they are interning, after which point they are able to review their workload for the day. They can also see communications, feedback, other profiles, group projects, and more; they can even access onboarding resources and tutorials for the company in case they get lost along the way.

The key difference between Symba and other management tools—such as Slack—is that Symba was built from the ground up to facilitate actionable experience for interns at little to no detriment to the company in question. This means that interns have a consistent onboarding, collaborative, and working experience across the board—regardless of which company they’re representing at the time.

Symba even has a five-star ranking system that allows employers to create and quantify areas of proficiency at their discretion. For example, if an intern’s roles include following up with clients via email or scheduling meetings, an employer could quickly create categories for these tasks and rate the intern’s work on the aforementioned scale. Interns are also able to ask for feedback if they aren’t receiving it.

While Symba doesn’t facilitate communications between interns, it does include Slack integration for the purposes of collaboration and correspondence as needed.

On the managerial side, employers can do everything from the previously mentioned rating to delegating tasks and reviewing reports. All data is saved in Symba’s interface so that employers have equal access to information that might inspire a hiring.

While it’s possible that Symba will struggle to maintain relevance during non-internship months, the fact remains that it is an exceptionally viable solution to an otherwise finicky problem during these trying times—and some employers may even find it viable enough to continue using it post-pandemic.

(BUSINESS ENTREPRENEUR) 2020 has been an exceptionally hard year for many on a mental front. How has COVID-19 changed the mental health landscape? 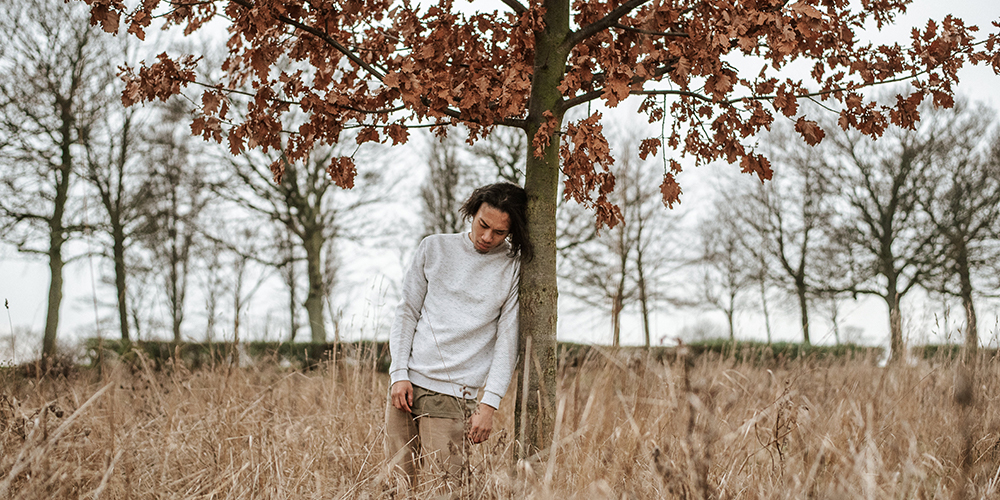 As the pandemic stretches on, it continues to affect everything from jobs to plastic bags, but one major shift has come with mental health. According to the National Council for Mental Health, while demand for mental health services is up 52%, the capacity of mental health organizations have actually diminished. So…what does this mean?

Mental health startups get a boost

From tele-health to mindfulness apps, venture capital investments for mental health startups have already surpassed what was earned in 2019. And it makes sense; as more people are isolated for long stretches of time, there has become a greater demand for digital mental wellness services.

With COVID-19 predicted to spike again in the coming months, combined with shorter spans of daylight and less welcoming weather, the desire for these sorts of businesses isn’t likely to fade. If you have an idea for a neat app or website to help with mental well-being in some way, now is prime time to release it.

As the pandemic rages on, many companies have started to partner with mental health solutions for their employees. For instance, Starbucks has started offering free therapy sessions to employees through the mental wellness provider Lyra, and Zoom began to offer mental health seminars.

Of course, while smaller companies might not have the means to provide specific therapy, many companies have gotten creative with how they’re looking out for employees’ mental and emotional well-being. From providing virtual meditation sessions, to increasing self-managed leave, to connecting employees through book clubs or happy hours, there are a variety of ways that any company can help employees manage their psyche during these difficult times.

Although therapy and similar apps do cost money (many apps include a monthly fee for the services provided), there are plenty of low cost alternatives available for those having a hard time. For example, many sites are offering free trials to services. There are also plenty of free or low-cost apps available to help you do anything from track your moods to manage your breathing. Or check out YouTube for videos to help with yoga or meditation.

While these resources are not a replacement for medication or talk therapy, they can help mediate some of the increased strain on our mental state that many of us are feeling right now.

In case of an emergency, there is also the National Suicide Prevention Lifeline, which is available by phone call or chat 24 hours a day. If you or someone you know is struggling, please don’t hesitate to reach out.