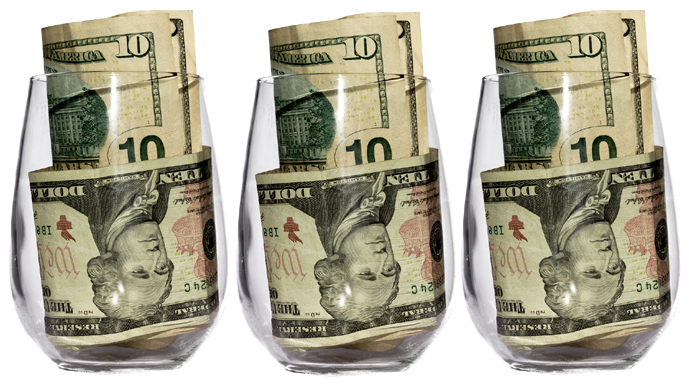 Getting people to do what we want them to do

Whether it’s in social media, marketing or closing a sale, we all need to get people to do stuff. And after years of being confounded, way before I started my current two businesses, I figured out that like most people, I was making things too complicated.

There is one, and only one, way to get people to do things for you. Every other way there is obeys this underlying strategy. I invite you to think about every single time you’ve ever needed to get someone to do something after reading this, and I challenge you to find some other method.

You can use it to get people at your site to subscribe to your newsletter.

When you follow up with them, you can use it to get them to buy.

One way, two steps, many challenges

There’s only one way. It has two steps:

Here’s the rub. That looks fairly easy and straightforward. And to be fair, the second part very much is. But that first part? It’s a doozy.

Because it means that before you need something, you need to be in the position to ask. Which often means getting into that position before you really need something. And that’ll mean having a sincere interest in other people, and consistently showing that connection matters to you, whether it’s a light peer dalliance or a strong, deep friendship.

It also means you have to know who the people are before you ever know them personally, where they hang out, what their needs are, and who can address them, even if it’s not you.

How to overcome the challenges

I’ll give you an example: let’s say you’re having a sale, and you want it to be in all the publications read by the people you want to reach. With poor advance planning, your only resort will be to advertise in that publication, if you have the money, and flat out beg people who run those publications to pay attention to your story.

And by beg, I mean ask nicely, make it as little work as possible (more than a press release, folks), and do your research.

You could make your job so much easier, and more successful with a little foresight. The instant you know what kind of start-up you’ll have or business you’ll start, before you ever make your first dime, start to get to know people in the same field.

Pay attention when companies that seem like they should be competitors partner up on things. Start frequenting spots where customers you want to have are spending time online. Be there. Offer to help a little.

You don’t have to give away your services for free to start gaining a minor kinship with the people you want to serve through your business.

Already have a business but haven’t started this process? Start right now. Get to know your audience as deeply as you can. Because people care about other people, not some company with stuff to sell them.

This may seem like time poorly invested at first. Not everyone you cater to is the person you’ll get something back from – and it will seem like a labor of love, and nothing more.

Until that day you want to fund that Kickstarter project with a $50,000 goal. And people you didn’t even know were paying attention to you will say “that’s that guy who ________. That’s guy’s awesome. I trust him with my money, and bet those T-shirts will be SWEET. Here’s my money.”

And they’ll tell their friends. And you’ll reach your goal. Because you won’t have to come to them with the energy of “I know I just met you but do this because I’m desperate. Take a gamble that I’m good for it.”

You’ll be able to run the vibe of “you know me. You signed up to my list. I don’t bother you too often or send you a bunch of spam. I know what you’re interested in because I share those interests. I think we can help each other.”

I want to give that guy my money and I’m not even gonna wait for him to ask me.

Because that’s the other great thing about being a position to ask. Some people will give to you before you ask. It’s almost like manipulation without the evil part.

(Yes, manipulation is a form of asking. Asking by twisting emotions or making it seem like the other person has no choice? Still counts You’re just being a jerk about it.)

No matter where you are in this process of getting people to do stuff for you when the time is right, get in the habit now, of doing for other people what they want done for them. It’ll eventually be your turn, and the payoff, for whatever reason, is in proportion to your level of sincerity.

In this article:entrepreneur, Influence, small business