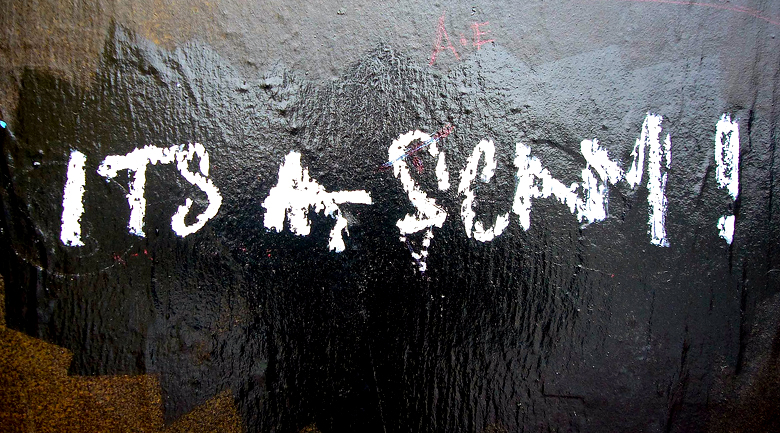 It’s inevitable that scams would begin popping up surrounding anything foreclosure related. It was only a matter of time that scammers would begin contacting people who were wrongfully foreclosed and lead them to believe they would get money for their ills, but only if they pay an up front fee, of course.

There is no Rust Consulting scam, as only Rust Consulting will contact homeowners regarding their check, and are the only point of contact for the review checks, and all questions should be directed to 1-888-952-9105. Any other mailer, email, flyer, or notice that directs homeowners to another phone number or company is a fake, even if it says “official government business” or lists the name of any government agency, bank, or mortgage servicer.

The Federal Reserve warns, “Watch out for scams. Beware of anyone you asks you to call a different phone number than the number above or to pay a fee to receive a payment under the agreement.”

Additionally, the mortgage servicers that are part of the Independent Foreclosure Review settlement are Aurora, Bank of America, Citibank, Goldman Sachs, HSBC, JPMorgan Chase, MetLife Bank, Morgan Stanley, PNC, Sovereign, SunTrust, U.S. Bank, and Wells Fargo. Homeowners that receive a notice in the mail that they will be getting a check, but never had a loan held or serviced by any of these banks, are being scammed.

To summarize, you can spot a fake if:

Government officials have not reported cases of fraud, but homeowners are most commonly coming forward to report receiving mailers that promise an independent foreclosure review check is pending if they pay the scammers a fee first.

Related: How much will your independent foreclosure review check be?

Most independent foreclosure review checks are $300

In March, 4.2 million Americans were sent notices in the mail from Rust Consulting that they would receive compensation as part of a massive settlement reached between the federal government and 13 mortgage servicers, ranging from $300 to $125,000 depending on financial harm by the events surrounding their foreclosure activity, as assessed by an independent third party consulting firm.

Related: Rust Consulting’s promise of a check in the mail? It’s real.

The $1.5 billion of settlement funds were allocated to compensating wronged borrowers wrongfully foreclosed upon after January 1, 2008, primarily as a result of robo-signatures wherein no human reviewed the foreclosure file prior to homes being repossessed, leading to thousands of illegal foreclosures. Many homeowners were either refused a loan modification or the arrangements with the bank were simply missed by the non-existent review process.

How much will your independent foreclosure review check be?

Rust Consulting sent letters out telling victims of foreclosure abuses that they would be getting a check, and until now, the amounts were not...