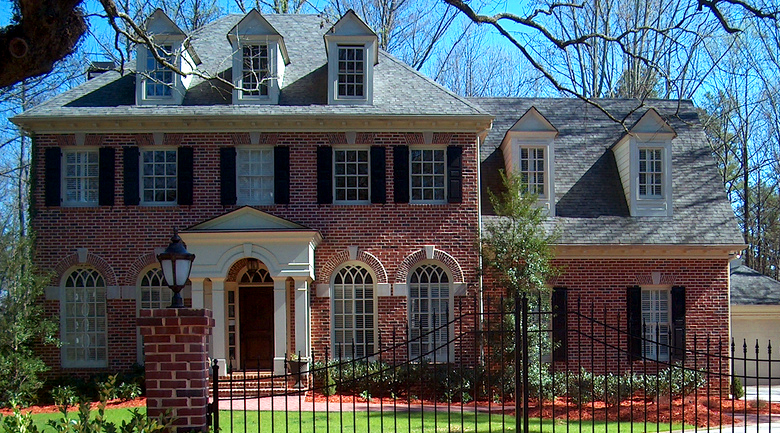 Luxury foreclosures up 61 percent in one year

Admittedly, the number of ultra high-end properties that have received a foreclosure notice in 2013 is only 200 compared to the 1.2 million properties served with foreclosure papers this year, but RealtyTrac notes that each of these ultra luxury homes represents a much larger potential loss for the lender. 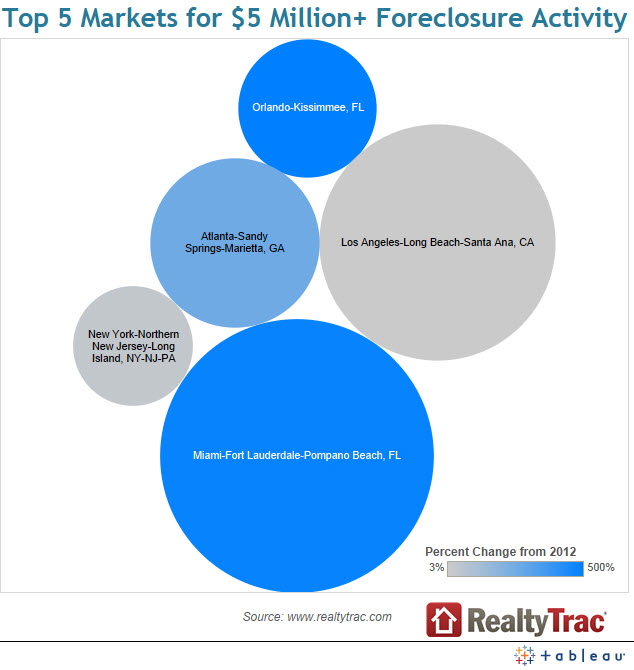 With a large number of ultra high-end properties, it is no surprise that Miami and California lead the pack, with Florida and California accounting for over half of the ultra luxury defaults.

What does this all say about housing or lenders?

RealtyTrac notes that aside from traditional causes, this report may actually speak more to the financial sectors’ stability and comfort with weathering big-ticket losses, as the buyer pool is improving once again, meaning the lenders are more confident they can recoup more of their losses on these jumbo loans that have defaulted.

“A home selling for $5 million or above represents the ultra-luxury end of the market, and so far in 2013 we’ve had 34 properties close over that price with the average sale being $7.7 million,” said Emmett Laffey, CEO of Laffey Fine Home International, covering the five boroughs of New York. “Any foreclosure properties in this type of ultra-luxury market usually get purchased very quickly since there is one thing all super rich buyers want – an outstanding deal on a real estate transaction, and in most cases foreclosures of this magnitude come with several million more dollars of built-in value.”

In contrast, RealtyTrac notes that lenders may not be instigating the defaults, rather many of these homeowners may have had the means to hold out against foreclosures longer than the average homeowner.

While this sector accounts for a very small portion of the market, such a dramatic spike in foreclosures proves that despite being on the long road to recovery, housing isn’t immune to setbacks, especially on a granular level.