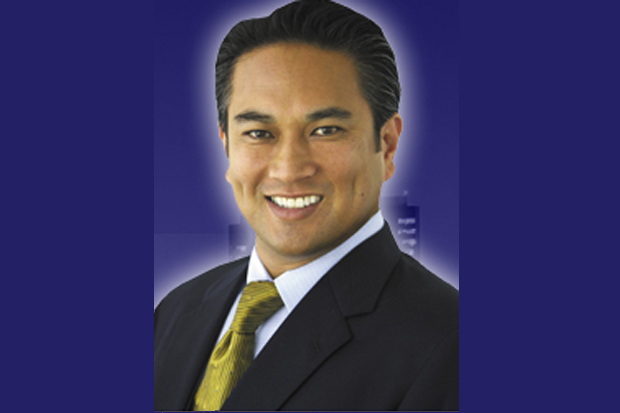 UPDATE: March 2014, the couple is sentenced to over three years in jail each, apologize in court, and next up, restitution hearings will take place in May 2014.

The federal prosecutors unsealed the indictment today, alleging the couple used fraudulent documents to satisfy mortgage underwriting to falsely obtain home loans for buyers that could not actually afford the loans being secured.

The indictment says 100 buyers between 2002 and 2007 were unqualified and the team at E Real Estate and Loans, Inc. owned by Eric Elegado knowingly filed falsified documents, mostly for poor immigrants, a scheme the prosecutors call predatory. The scheme was allegedly masterminded by Charmagne Elegado who worked at New Century Mortgage and made sure the loans were approved.

Defrauding their own parents

Indictment papers claim that almost all of the loans generated through the conspirators have defaulted, including Charmagne Elegado’s parents who Fox 5 says lost $75,000. The couple and their co-defendants are charged with conspiracy to commit mail fraud, mail fraud, conspiracy to commit money laundering and four counts of money laundering which defendants could face up to 17 years in prison each while Charmagne may face over 20 years in prison.

“Mr. and Mrs. Elegato have strictly denied any participation in any criminal behavior,” said Paul Pfingst, who is representing Eric Elegato, “(They) are not rich people. The prosecution would have you believe they made millions of dollars.” Pfingst takes issue with the prosecutors not pursuing charges until just before the statute of limitations ended, but the rush could be to pursue the case prior to that time.

Sources tell AGBeat that the couple is well known for taking expensive trips, a luxury home, hundreds of thousands of dollars of jewelry and matching Rolls Royce Phantom cars which if true conflicts with Pfingst’s assertions to the Fox News cameras.