In a tricky case in Texas, a man uses adverse possession laws to gain free access to what he says is an abandoned house. 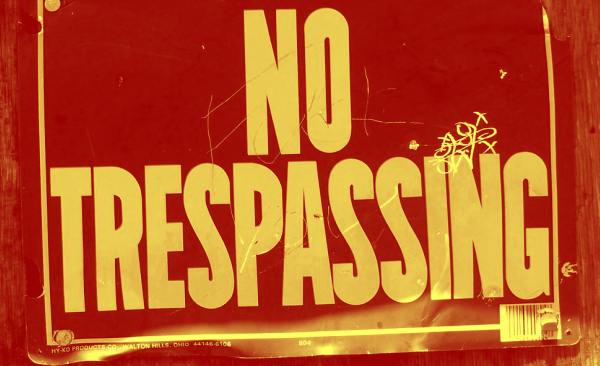 In an upscale neighborhood in Flower Mound, Texas near Dallas, a man is living inside a home after filing a $16 form at the Denton County courthouse.

Waterford Drive is a neighborhood of luxury homes in the $300,000 range which for Texas is a considerably higher price point than the median (here are the recent listings in Flower Mound for reference).

Homeowner walks away leaving it vulnerable

Neighbors say the house was in foreclosure for over a year when the owner finally walked away from the home. When the mortgage company went under, it left the vacant property vulnerable to what Kenneth Robinson refers to as the “adverse possession,” a law he cites as giving him rights to live in the home where he has been since June 17.

Robinson says he is not a squatter, rather his internet research led him to a form he could fill out and file at the County, a process he claims is completely legal and “not normal” but notes that just because it isn’t common knowledge doesn’t mean it isn’t legal.

No electricity, no water, a three year loophole

The form he filed with the County says the home was abandoned and he is claiming ownership of the house despite having no electricity or running water, but a few of Robinson’s pieces of furniture and “some things here for my own protection,” he said.

Robinson claims the presence of his belongings gives him exclusive negotiating rights with the original owner, according to Texas law and if the owner wants him out, he would have to pay his mortgage in full and the bank would have to file a “complicated lawsuit,” neither of which Robinson believes is likely.

Texas law does state that if he stays in the house he can petition for ownership in three years, possibly obtaining the full title free and clear which is Robinson’s goal.

Why police cannot step in

Neighbors called police to arrest Robinson for breaking in, but he claims he “found” a key to the house and legally entered. Police said they cannot remove him from the house because ownership is a civil, not criminal matter.

Robinson has posted “no trespassing” signs saying “at this point, because I possess it, I am the owner.”

Neighbors continue to seek out legal ways to remove Robinson or petition that he pays for the house like any other owner. They have sought counsel from the mortgage company that folded, local Realtors as well as attorneys as they believe he broke into the house, invalidating the loophole currently allowing him to live mortgage-free in the home.

Robinson says he will not buy anything or pay a dime, as the $330,000 house is already his because of his $16 courthouse document. It is unclear how he will be held responsible for taxes in this property tax state should he ultimately gain the title to the property, and with heightened awareness by local news, it is possible an attorney will find a loophole to the loophole, but property rights and squatting in Texas is a more complicated matter than in many states.