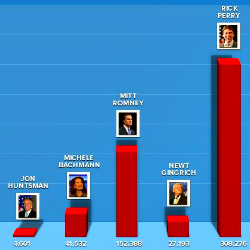 According to a recent report, in August alone, 6.9 billion viewing sessions occurred of web video and the average web video viewer watched an astounding 18 hours of video in the month with 85.8 percent of American web users viewing web video, an all time high. In elections of the past, web video watchers were more of an anomaly than the norm, but with the meteoric rise of online video, particularly of YouTube videos, political campaigns are relying more heavily on web video to push their messages. Although number of views does not constitute number of viewers of any particular video, nor does it constitute a scientific poll by any means, it is incredible to see how all of the candidates stack up against each other through the eyes of YouTube video views.

The most popular video viewed on YouTube between September 29 and October 6 was the 17 minute video of President Obama on election night, a historic night web video viewers are still sharing. 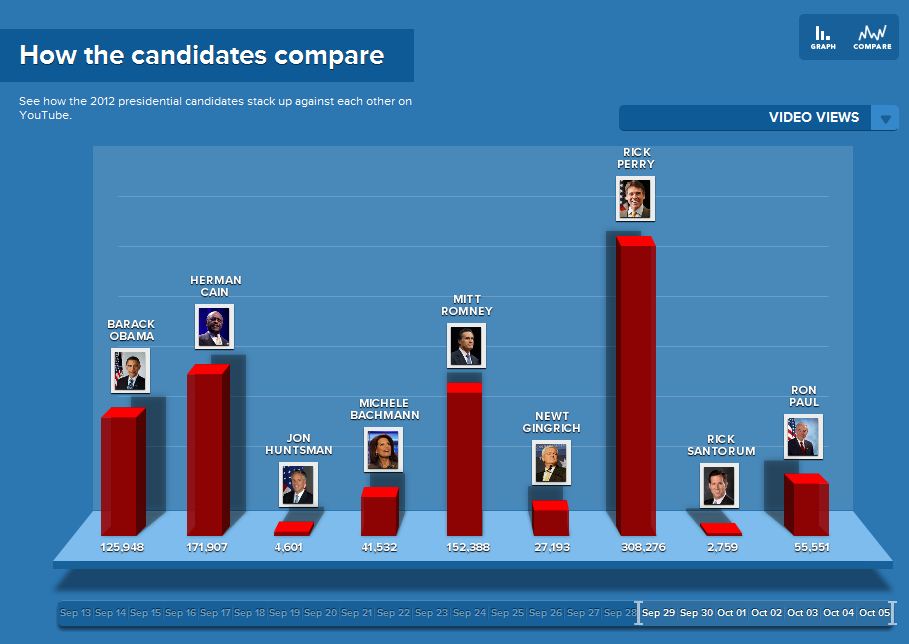 (Click to enlarge.) The above chart shows how each of the candidates compare to each other in terms of views of videos about them. 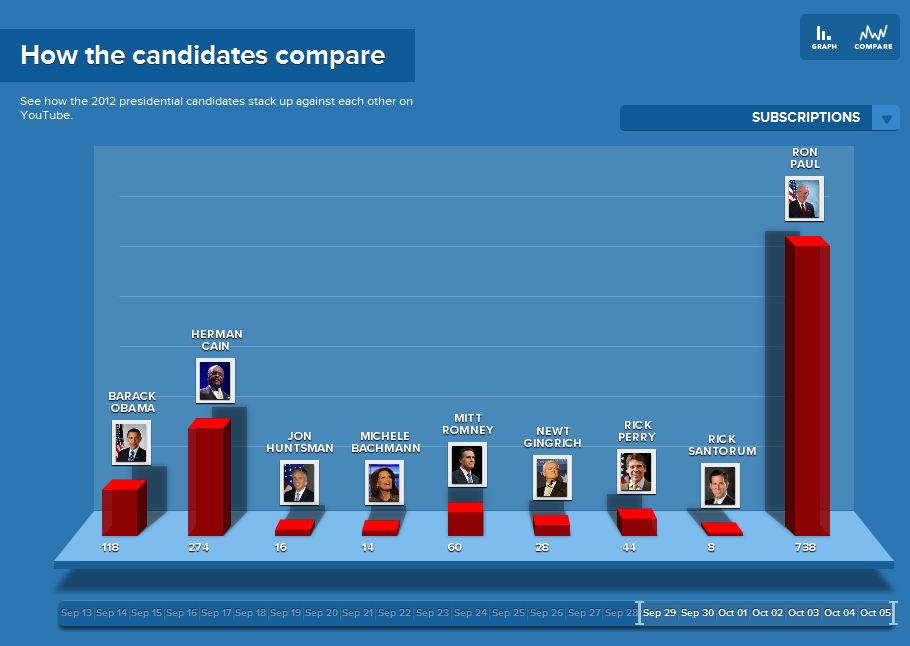 (Click to enlarge.) The above chart shows how each of the candidates compare to each other in terms of how many people have subscribed to their YouTube channel with Ron Paul proving to have a devoted internet-savvy following.