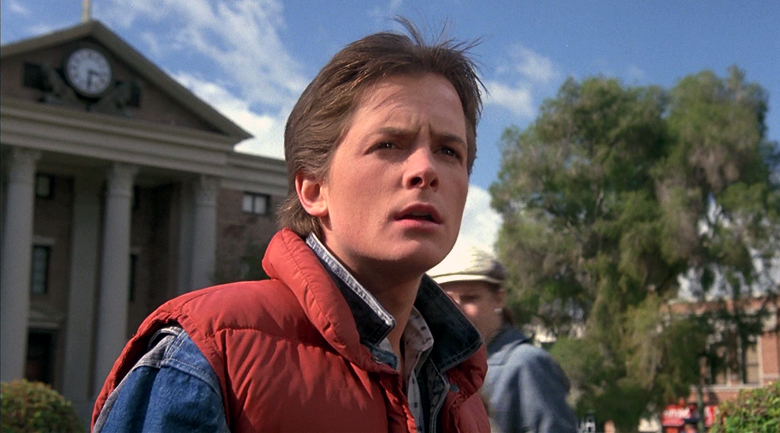 In the 80s, technology was an increasingly popular topic, but went mainstream in the 90s, thanks in part to the brick cell phone and Marty McFly. Technologists and lay people alike were making predictions and the Sci-Fi genre imagined a 2013 filled with hovercrafts and mind reading devices. While traffic still sucks and we rely heavily on foreign oil instead of flying cars that use trash as fuel, we do have tiny computers with touch screens in our pockets, and we can read a book without ever killing a tree.

Let’s take a look back over the decades at some of the commentary and predictions that have been made about technologies to see how far we’ve come.

AT&T nailed it 20 years ago

In 1993, AT&T ran a series of television ads that highlighted what technologies were on the way, proclaiming that they would be the company to make it possible. The videos are compiled below and will wow you at how close to accuracy the company got:

The only part that missed the mark was that telephone booths would still exist, but the rest is so right on, we’re wondering if Scott Bakula had a role in the company in 1993…

In 1995, Bill Gates published a book entitled The Road Ahead which predicted not only how mobile commerce would change, but how communications, and personal computing would look in the future, and let’s just say this video adaptation of his book looks a lot like how our world today functions (minus the horrible wardrobes):

Nearly 20 years ago, on a talk show, a Texas executive explained what the Internet is and noted that if he has anything to do with it, everyone would eventually have and be using the web. Right on, future teller:

Steve Ballmer, the CEO of Microsoft was asked on camera about the iPhone shortly after Steve Jobs took to the stage to introduce the “revolutionary” device for the first time, and Ballmer laughs. This prediction that it wouldn’t serve as a tool for business professionals may not have turned out how Ballmer envisioned it:

Bonus: Back to Future

We blame the Back to the Future movie series for sparking the nation’s interest in looking forward to futuristic technologies, most of which have come true today – see how many current technologies you can spot in these two clips:

In this article:retrofuturism, tech predictions, Technology