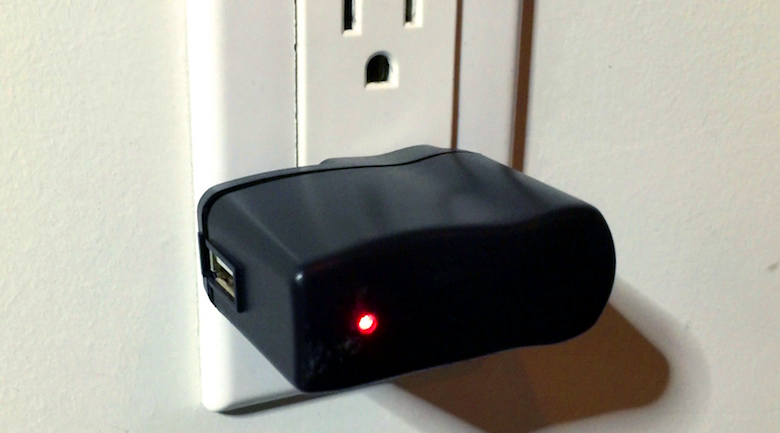 Oh great, one more reason to be paranoid

As if you needed more things to be paranoid about, how about a device that looks as innocuous as a cellphone charger, but secretly records everything you type? That’s exactly what KeySweeper aims to do.

The device picks up every keystroke from nearby wireless keyboards, recording both in a chip within the KeySweeper itself, as well logging online, where a spy can monitor whatever you type. It can also be set up to send a text message alert when certain keystrokes are typed, making it easy to extract usernames and passwords. While KeySweeper is plugged in, it charges itself, and continues to run on a battery and record keystrokes if unplugged.

Read also: Why everyone must know about the rise of Super-Malware

KeySweeper can pick up keystrokes mostly from Microsoft wireless keyboards. And while Microsoft claims that the device only works on keyboards manufactured before July 2011, KeySweeper’s maker reports that he has tested the device on Microsoft keyboards from 2014.

A founder with a mischevious track record

The device was invented by Samy Kamkar, who seems to have a knack for creating technological mischief. In 2006 he infamously released one of the fastest-spreading viruses in history, an XSS worm that rapidly took over MySpace and resulted in a felony conviction.

Kamkar also invented a wearable USB necklace that could be used to hack computers via their USB ports, disabling security systems and setting up remote manipulation.

Before you go ripping everything that looks like a phone charger out of the wall, rest easy knowing that the KeySweeper is not being sold in stores or online. However, a full schematic of the device is available on Kamkar’s website and can supposedly be built at home for $10 to $80.

So keep an eye on your office’s super nerds, and perhaps it would also be a good time to update your wireless keyboard to a modern model with strong encryption technology.

In this article:privacy, security, Technology