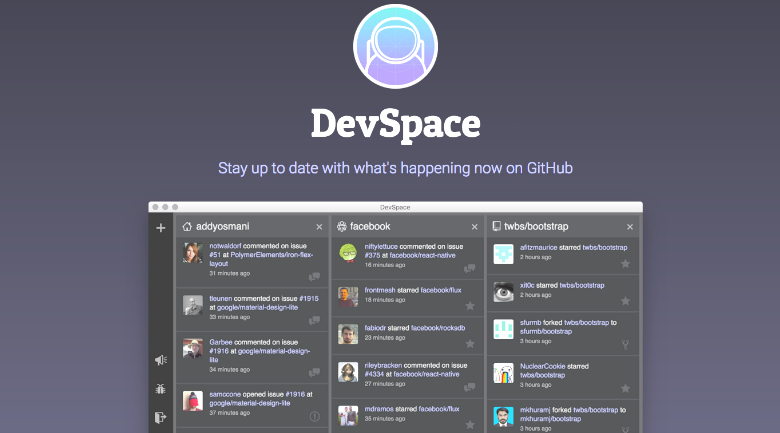 Git your GitHub on

Great news for developers! DevSpace has officially opened a private beta test. The desktop app helps you stay up to date with what’s happening on GitHub in real time.

GitHub is part code sharing and publishing service, as well as a social networking site for programmers. At the heart of GitHub is Git. Started by Linux creator Linus Torvalds, Git is an open source project that essentially acts as a filing system for every draft of a document.

When a developer makes changes to their code, those changes are made directly to the central repository.

With Git, you copy the whole repository to your own system, make changes on the local copy, then “check in” the changes to the central server.

By doing so, Git encourages the sharing of more granular changes.

While Git is a command line tool, GitHub provides a web-based graphical interface. It also provides access control and several collaboration features, such as a wikis and basic task management tools for every project. The network effect starts to play a role in GitHub.

The more people and projects on GitHub, the better idea picture a project maintainer can get of potential contributors. Patches can also be publicly discussed. In this way, GitHub provides a centralized place where people can discuss projects.

And now – a newsfeed

This is where DevSpace adds value for developers. It’s evident from Facebook, Instagram, and Twitter that people like to see what others are doing. DevSpace’s creators saw the value and potential in newsfeeds in general. Especially that of GitHub. As of now, nobody is really exploring GitHub’s newsfeed.

The DevSpace app is heavily inspired by TweetDeck’s column layout, which helps you monitor multiple news feeds on a single screen.

While an official app has yet to exist, you can still add DevSpace to your phone’s home screen in the meantime, or try it out online. If you don’t have any prior skills or aren’t a developer, don’t worry. They want feedback from the tech savvy to the not-very-tech-savvy.

In this article:developers, DevSpace, github, Linux, open source, The News 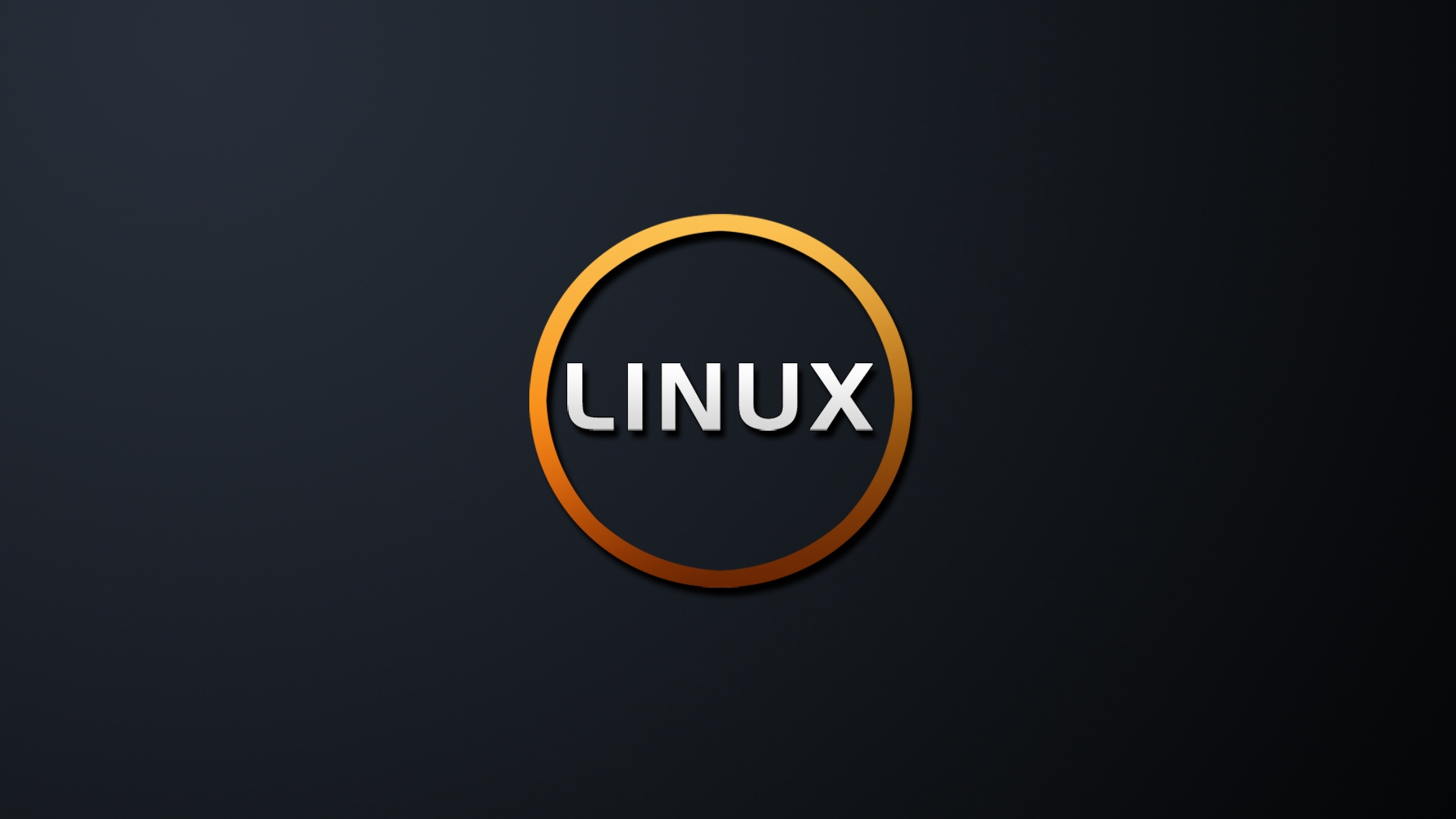 Paranoid about internet security? Here are the most secure OS options

(BUSINESS NEWS) After all of the hacks and security breaches this year, Linux is a great option for OS security. 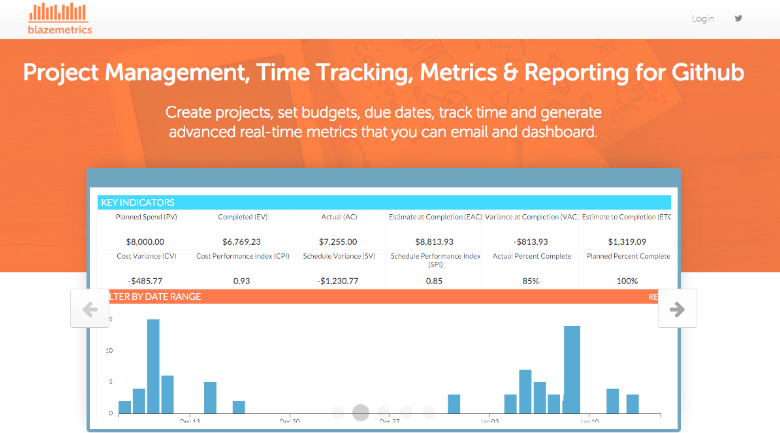 Manage and assess your GitHub projects with Blazemetrics

(ENTREPRENEUR NEWS) Blazemetrics calls itself "the better way to measure project health," and any GitHub user or team should take a serious look at... 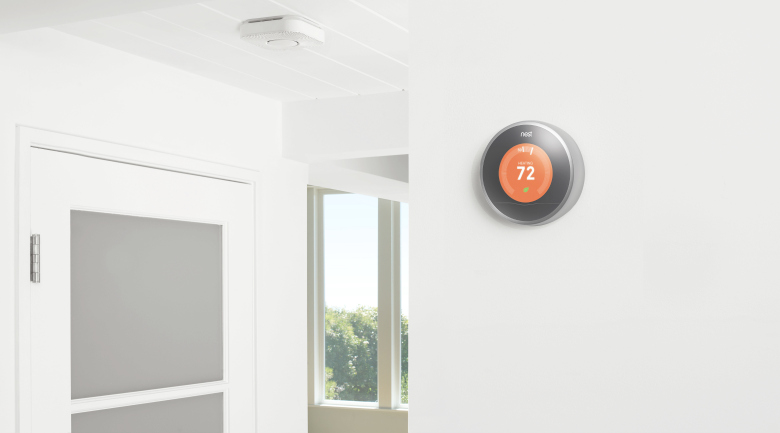 With any luck, Nest will enable a new generation of developers and innovators able to create products and systems that will make your home... 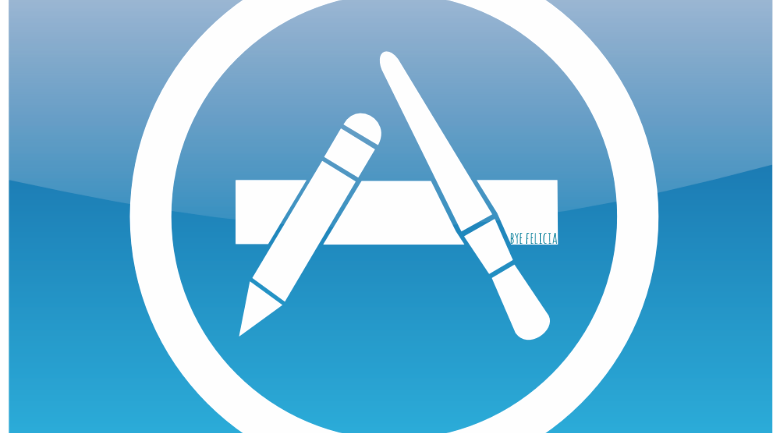 Why are so many developers leaving the App store?

Many dissatisfied developers wish Apple would pay more attention to the Mac App Store. If the developer attrition from the store continues, Apple might...