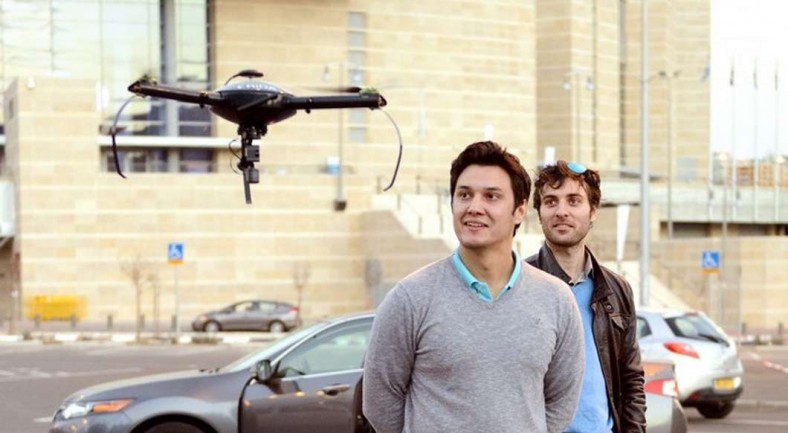 Last month, we wrote about the most awesome (and potentially practical) autonomous drones on the market, and while written to address their pertinence to real estate, the list could be used in other industries. We found that Lily was the most affordable, dependable, and generally well-rounded model on that list. Recently, however, a steep contender emerged: the ERIDA drone.

ERIDA immediately demands attention for several reasons. First and foremost, it is still in prototype; the ERIDA Gen.B is currently featured on indiegogo.com with a start-up cost of $85,000. At the time of this writing, a mere eleven percent of that cost has been met. Though ERIDA has 47 days left in their campaign (out of the allotted 60), it would be a tragedy for such a revolutionary piece of equipment to go unfinished.

So what makes the ERIDA Gen.B so revolutionary? For starters, it hits the market at around $1100 – a highly competitive price in the drone industry. That amount nets you a drone with the capabilities of one that costs twice the price.

The ERIDA is built on a lightweight carbon frame, which is supported by three rotors (instead of your usual four). Far from reducing power or flight time, this design allows the ERIDA to fly and record for up to 35 minutes per charge—a whopping ten to fifteen minutes more than competing models. Additionally, the ERIDA has an effective range of around 1500 meters, which towers over Lily’s thirty meter range.

Greatest drone of all time?

An experimental rangefinder in lieu of the traditional barometer is another huge component of ERIDA’s attractiveness. Since barometers can be finicky, ERIDA’s developers decided to implement a laser rangefinder instead, which both stabilizes the drone at low altitudes and improves its spatial navigation.

With other exciting features like swappable batteries, an adjustable camera (not just any camera—it’s a GoPro 4k), and a potential top speed of eight km/h, ERIDA is a clear contestant for our “greatest drone of all time” award.

In this article:drone, emerging trends, Technology