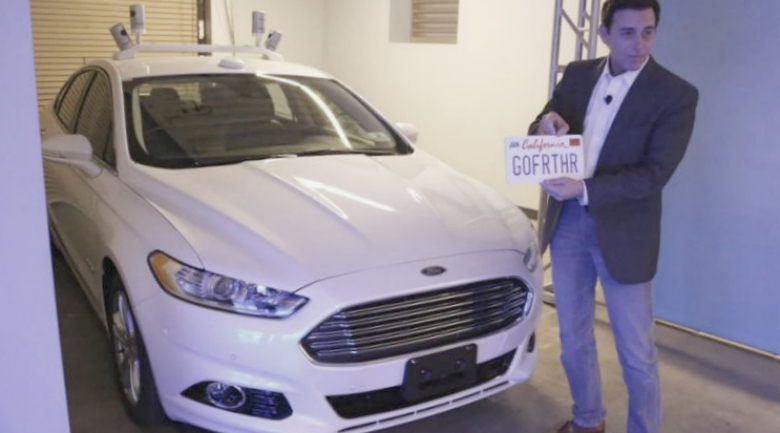 From Model-T to a driverless future

Google and Ford could be teaming up to build self-driving cars. According to Yahoo! Autos, Ford CEO Mark Fields is planning to formally announce the partnership at the Consumer Electronics Show next month.

A huge step for both companies, the joint venture will use Google’s technology to build self-driving vehicles. By using Google’s advanced autonomous software in Ford cars, the setup plays to each company’s strength.

The pairing isn’t completely surprising. Earlier this year, Google co-founder Sergey Brin said the company was looking for a manufacturing partner. Although the deal is understood to be non-exclusive, it’s logical that Google would want to find an established automaker as a partner.

Ford makes and sells millions of cars each year. Google also already has several links to Ford, with the head of the self-driving car project and other employees having previously worked for the automaker.

The partnership with Google is a boon for Ford. The manufacturer now has access to Google’s advanced technology and data. Google has 53 test vehicles on the road in California and Texas, with 1.3 million miles logged in autonomous driving.

Ford CEO Mark Fields said Ford was thinking of itself “as a mobility company,” and the company was actively looking to work with startups and bigger companies. The automaker has been experimenting with its own self-driving system for years. In the past year, Ford executives have been open about its autonomous driving research in the past year. Last month, Ford revealed plans to begin testing on public streets in California.

While exact details of the partnership were unclear, it’s understood the venture would be legally separate from Ford. Partly, to shield the automaker from any liability concerns. One of the major hurdles in getting self-driving vehicles on the road are centered around questions of who will be responsible for any crashes involving the autonomous cars.

Earlier this year, Volvo, Google, and Mercedes-Benz all made a pledge that they would accept responsibility for crashes in autonomous mode.

The future of driving technology

Google and Ford aren’t the only two companies focusing on autonomous driving technology. Most major automakers and several auto parts suppliers are developing their own self-driving controls as well. Nissan, Volvo and Mercedes-Benz have even promised advanced vehicles for customer sales by 2020. Other automakers – like Audi, GM, and Tesla – plan to offer features that let the car do the driving some of the time, with humans used as backup in case something goes awry.

With so many major companies involved, the future of autonomous driving technology looks bright.

In this article:driverless cars, Ford, google