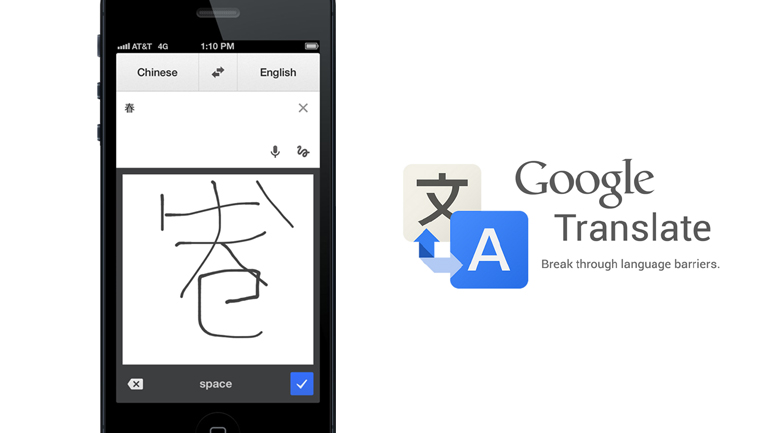 Google Translate gets even more useful

Google Translate, especially the mobile app, is useful when traveling or practicing a language, but it has just gotten even more useful as Google announces handwriting support for nearly 50 languages. Users can now open the app, write anything, and have it translated on the spot. This is an extremely useful tool for when you’re in the field with clients whose first language isn’t English – communicating over email can often overcome the challenge of language barriers, but in person can be trickier.

Additionally, Google has announced they have optimized the Google Translate app for iOS 7 with over 70 languages available and handwriting support natively as well. The new version now features Bosnian, Cebuano, Hmong, Javanese, Khmer, Lao, Marathi and can be downloaded directly from the App Store.

The company notes, “If you’re on vacation in Kyoto, and want to learn more about an exotic flower arrangement, use text-input to type in your question and translate from English to Japanese with ease. You can also hear your translation spoken back to you in Japanese. If a shopkeeper in Paris wants to talk with a visitor from Spain, they can tap the microphone, speak naturally, and quickly translate from French to Spanish with a few simple taps.”

Using Google Translate in your business

As previously mentioned, using the app in the field can be a tremendous help when working with clients who aren’t native speakers of your own language, or if English is not your first language. Whip out your smartphone and offer a place to write words for translation and you can save your business from making mistakes simply based on word errors.

Additionally, the app can come in handy when working with contractors or subcontractors, either in your personal or professional life, whether you want to use handwriting recognition or voice recognition. Easy!

In this article:google translate, Technology