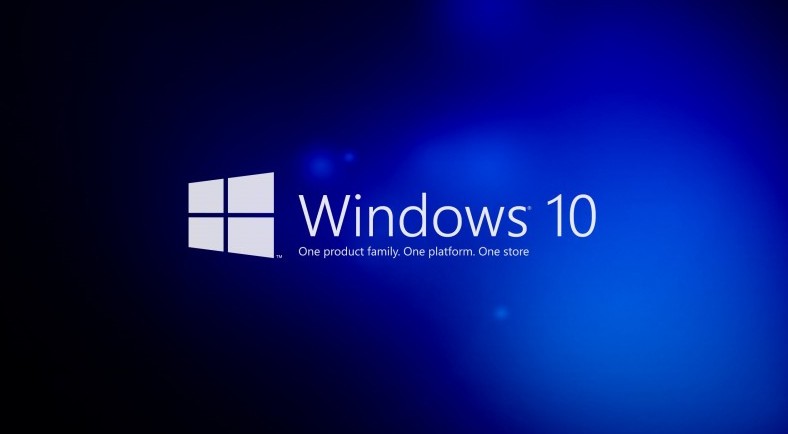 Windows 10 on it’s way, but is super confusing

Confusion is still swarming around the determination of Windows 10 upgrade eligibility. Lifehacker created a nice, simple, flowchart to help you make this determination.

As we previously covered, Microsoft had to make a little clarification regarding who was actually eligible for the free Windows 10 upgrade. Previously, Windows 10 preview users all believed they would be receiving a copy of Windows 10 when it reached its final upgrade; this is no longer the case, unless you had a previously valid, genuine license installed on your machine (Windows 7 and newer). 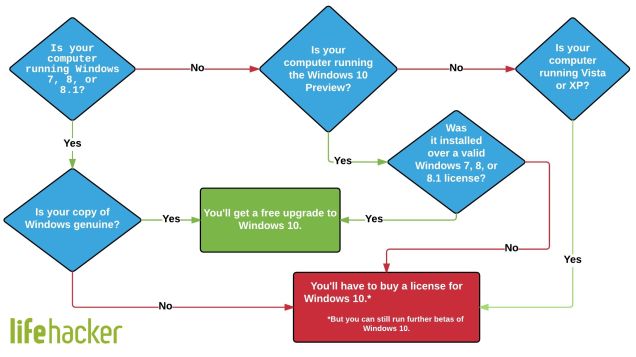 Microsoft aware of the confusion

If you began the Windows 10 beta preview version without a previous license, Microsoft will still expect you to pay for a standard or Pro edition. Not exactly what beta testers thought they were going to be receiving for sticking with the entire beta-testing process.

Oddly, Microsoft seems to be well aware of the confusion surrounding the update. Gregg Keizer at Computer World noted that Microsoft has changed its “Get Windows 10” advertisement on Windows 7 and 8.1 devices to show just how much the “free” upgrade is worth.

We hope this is the last bit of confusion…

This notice reinforces Microsoft’s urgency to get users to “reserve” their copy of the upgrade, as well as, informing users ineligble for upgrade exactly what they’re going to need to spend on Windows 10 ($119 for Basic/$199 for Pro).

This seems a little pricey, but if the rumors are true (which who knows at this point) Windows 10 will be the last OS you will have to buy as Microsoft stated: “Our business model for Windows is not changing, and we will continue to charge license fees for our Windows software through our OEM partners [ie PC manufacturers]. We have no plans to charge consumers a subscription for Windows 10. We will continue to keep it up to date for the supported lifetime of the device – introducing new features and functionality over time – at no cost.”

Here’s to hoping the rumor is true and this is the last OS confusion we endure.

In this article:microsoft, upgrade, Windows 10