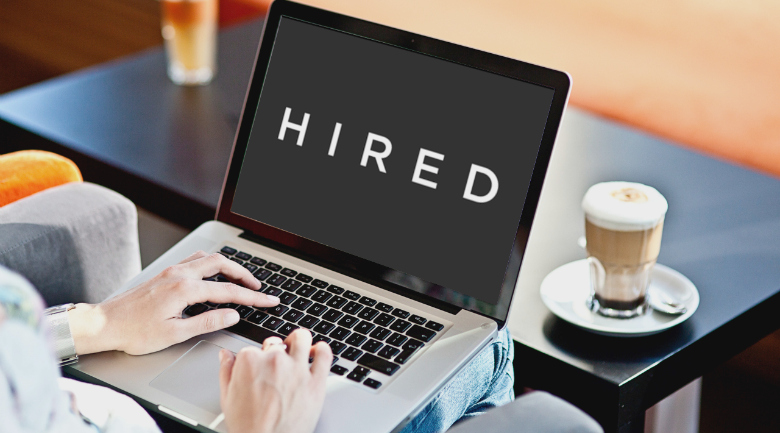 Employees and employers square off on Hired

Whether you’re a potential employee or a potential employer, the thing that matters most is that you find the right fit: the right job offer, location, compensation and the right co-workers. Hired is looking to fill the specialty-job niche by pre-screening both parties before the resumes start circulating and the interviews begin.

Admit it, if you’re an employer, to grow your business you need talent. To that end, Hired delivers a curated pool of responsive candidates so less time is spent sourcing and more time devoted to interviewing and hiring.

Geographically speaking, about 70 percent of Hired’s candidates come from the San Francisco Bay area. Followed by 20% from New York City and then the remaining 10% come from other parts of the United States like Seattle, Washington, Austin, and Chicago. As this is where the jobs are, candidates need to be willing to relocate to these cities.

According to the Hired website, all the hiring process entails is:

“Answering a few questions…Wait for companies to send you offers with upfront compensation…and finally Sign on for the job.”

Okay, for the sake of accuracy I went through the process myself and it’s not that easy. But it is pretty simplified. Most of the application information is culled from LinkedIn and candidates can manually fill in any gaps on their profile. You application gets screened and if you are an applicant of interest you’ll receive an invitation to be put on the block so-to-speak. 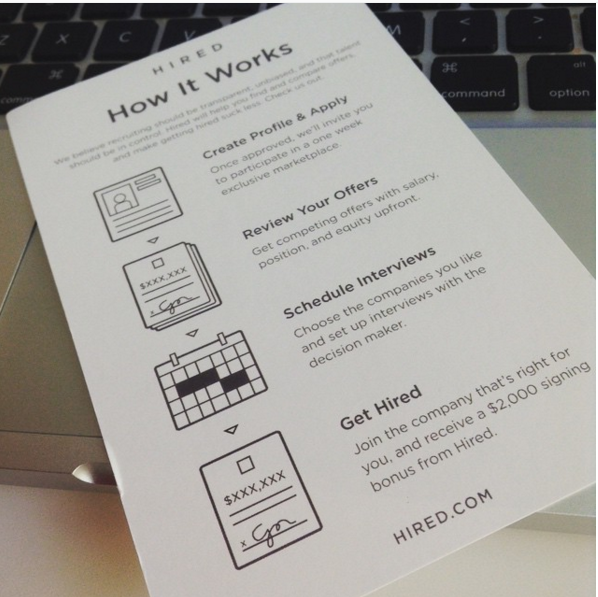 Candidate-focused – only the best for the best

Hired CEO and Co-Founder Matt Mickiewicz points out that Hired.com only deals with venture-funded or publicly-traded companies. “We don’t talk to bootstrapped businesses. The seed-stage companies are generally better off recruiting through their network, based on our extensive data analysis. It’s only the later-stage companies that, you know, really you can hit the hiring title hard that get the most out of the marketplace.”

The end game, says Matt, is to become a career marketplace for workers in the world, ranging from new graduates to experienced professionals. Hired wants to be candidate-focused and empower its prospects while allowing them to conduct their own job search in a really trendy and comprehensive way, as opposed to submitting resumes and hoping for a reply.

At the end of the day, Hired is a business looking to make money. That said, it offers two payment options to employers: Traditionally, they charge 15% of the hire’s first year base salary with a 100% money-back guarantee for 90 days.

Alternatively, employers can choose to pay 1% of the hire’s annual salary per month for their first 24 months of employment. In both cases, Hired’s fee excludes any candidates who are in an active interview process with a specific company.

Hired is well known for giving back to the tech and recruiting communities by making their technologies open source for anyone to use and build on: 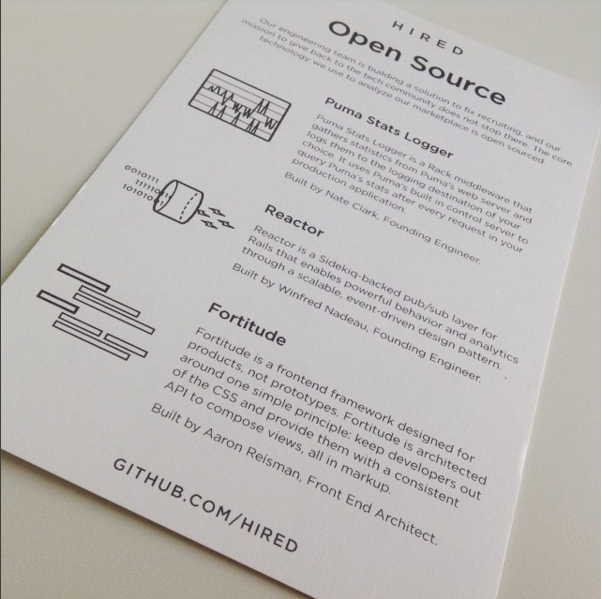 In this article:employment, hired, job search

A job search is a job in-and-of-itself. It's even harder when you've not getting bites on your bait (resume). Here's how to find job...

An interview is stressful and getting a good job offer can be life-altering, but remember that you can only control what you can control. 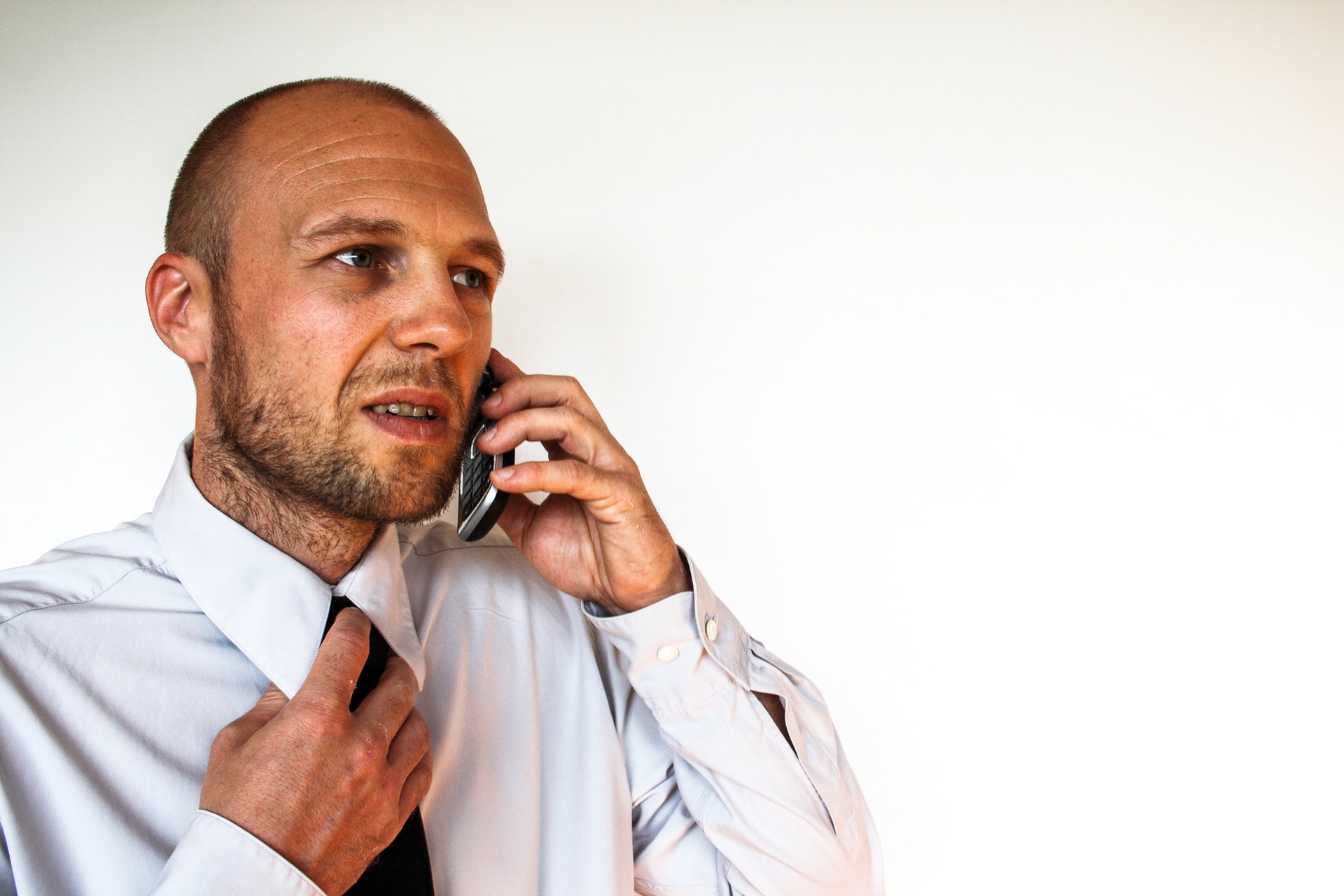 How to easily spot a toxic work environment during an interview

(ENTREPRENEUR) Interviewing can be tricky, but this new infographic will help you look for signs of toxicity before, during, and after the interview.