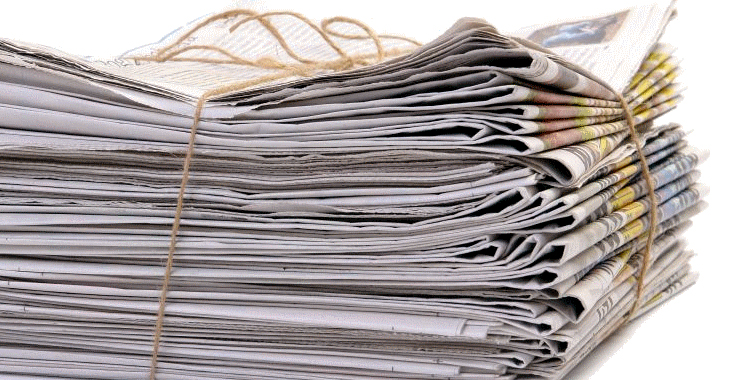 Generation Y, also known as Millennials were born between 1980 and 1995, and already outnumber Baby Boomers and out power their parents in spending power, so marketers are salivating over how to reach this generation who values the opinions of strangers online equally to the opinions of their friends and family1.

24/7 Wall St. created a list of products that the “Facebook Generation” (aka GenY, aka Millennials) would not be buying in the future, but do Millennials agree?

Millennials will not use email in the future

Although Google and Microsoft are likely to disagree, Facebook founder, Mark Zuckerberg called email “too formal,” which is the basis of 24/7’s argument that Millennials will not use email for much longer, pointing to email use falling for the 12-17 demographic and rising for people over 55.

The idea that email is disappearing is ludicrous, in fact, email use is on the rise across the board as spam filters are finally working 20 years later, and we all get as much spam on social networks as we do in our email inbox. Zuckerberg has never lived in a cubicle, so his word is not final on this matter, and considering 12 to 17 year olds as the benchmark for email use is misguided, as they are not yet in the professional world. What is accurate, however, is that for personal use, it is not likely any Millennial will pay for email, so we can meet 24/7 half way on this one.

According to 24/7, there is a shift in beer consumption, and after traditional beer brewers like Budweiser having relied on men in their 20s are watching their core demographic slip away to lite brands. Budweiser research reveals that 40 percent of young people today have never tried regular beer, which was 10 percent in 1988.

This is a really complicated product for a number of reasons, but is worth looking at for other industries to learn about the Millennial generation. 24/7 is right in that the traditional beers are being ditched for light beers, but moreover, the generation is more open to wine and mixed drinks, as the generation has much fuzzier gender boundaries than former generations – it’s not butch for a girl to drink a beer, and it’s not feminine for a guy to order a mixed drink.

We’ve come a long way since the Mad Men era of scotch and masochism, and most marketers are highly ignoring the changing gender roles. It’s okay for a man to be the stay at home parent in the Millennial generation, it’s okay for a woman to be a CEO, and sexuality is blurred as well. These all play a role in purchase decisions as men and women are less concerned with what a product choice says about their gender or sexuality.

Newspapers are on the way out

People under 30 don’t read newspapers now, and media companies are scrambling to figure out their next move – 24/7 is right on with this projection. Millennials are mobile, and they are multi-taskers. Reading a newspaper requires one to sit still and look at the same thing for an extended period, which is not a common behavior for Millennials when it comes to media consumption.

Books are still in use for this generation, but the next will not likely even touch print. The web opens so many doors and allows information to flow freely, so although newspapers in print will not reach Millennials, digital news does, and boy, does this generation consume a lot of that, whether it is niche news or celebrity news.

This one surprised us a bit, as 24/7 says less than half of all Americans 19 and under had a license in 2008, and car sales have struggled to reach the younger demographics.

Why is this? In my opinion, there are four reasons. First, after high school, most Millennials do not see see cars as a status symbol as previous generations did. Secondly, laws have changed dramatically for this generation, many of whom were not legally allowed to get a license at 16, so that “sweet 16” mentality is shifting, so the importance placed on that car is different now. Third, although frequently accused of being “slacktivists,” Millennials volunteer more hours and give more money to environmental causes than any generation in history, grew up around recycling, were told by age 10 that global warming was real and it was our fault. Lastly, cars are becoming less relevant because Millennials are flocking to the city and emphasizing buying homes and condos that have high walkability – it is almost cool with this generation to boast that they “got rid of” their car.

24/7 argues that most 25-29 year olds live in a household with only wireless phones. There is no arguing here – I’ve had a cell phone since I was too young to get one without an adult co-signer, and although I grew up with a phone in my house, by the time I was in college, no one talked on the phone, we all texted or emailed or instant messaged. Dorms and student apartment housing being built now in some cities does not have the wiring for landlines, as developers are discovering that it is a feature most do not use, thus a corner that can be cut.

What is still up for debate is VOIP phones, as most Millennial entrepreneurs that I know have this as their setup so they can have a professional voicemail system or route it to other staff including an assistant. This avoids professional contacts calling their cell phone and getting the “wazzuuuuppppp!!?????” voicemail greeting.

I would add that many Millennials, having grown up with social networks (in my case AOL, ICQ, etc., and in my final year of college, Facebook) divide their personal life from their professional life in a very guarded way, not friending anyone on Facebook that they haven’t met in person and know socially. Keeping a separate phone is something I can see increasing in coming years, but not so that there is a landline, but due to the division of personal and professional as the generation becomes acutely aware of how each impacts the other.

Smoking rates among young people have historically exceeded those of the general population. Now that group is dropping the habit quicker than anyone (down 17.6 percent from 2005 to 2010) while it Americans over 65 have increased their smoking by 10.5 percent in the same period.

What businesses need to glean from this particular factoid is that Millennials may eat junk food, but anything that is obviously a health risk is often avoided, even binge drinking which is decreasing as well. I find my generation to be very conscious of being healthy; not necessarily for vanity, but for reasons of health. Think of it this way – a first date in 1980 might entail a 24 year old discussing what car they drive (going back to the car prediction), what high profile job they have, what texture is on their business cards (I kid), while a 24 year old today will chat about what local foods they like, or where they go running in the morning, or how they worry that their shirt took a trillion gallons of pollutants to make. These two cases are obviously an exaggeration, but my point remains.

Dude, you’re not getting a Dell

24/7 notes that Millennials are the only demographic to own more laptops than desktops, and most buy laptops as their first computers. I would add that the rising popularity of tablets will also have an impact on the fact that Millennials are not typically tied to desktops for personal use, but of course, all are bound by what their employer requires of them.

Technology manufacturers will adjust, and already know that mobile is where it’s at. Smartphones did not replace computers as once suspected, as websites and technology did not catch up fast enough, and Millennials are bi-techtual, meaning they usually own more than one device. It is common to own a laptop, a tablet, and a smartphone, not necessarily by the same manufacturer – not all Mac fans are die-hard, many will own a Macbook Pro and an Android smartphone, so brand loyalty is also in flux.

Television is absolutely on the way out

Although television sets are not at all going away, the viewing habits are rapidly changing, with Millenials between 18 and 24 watch less traditional television than any other demographic and Netflix and Hulu are taking over viewing for this generation. Many do not even have cable, which is an adjustment that carriers will be impacted by, but will likely make up the difference by increasing internet rates, claiming there is no more bandwidth because of the video streaming, so the costs will even out in the long run.

Millennials are not a complex generation, we just grew up with technology, which doesn’t make us more special, smarter or faster than any generation, just different in how we consume products. We care less about status symbols and more about convenience. We care less about being called gay for ordering the wrong drink or wearing the wrong shirt, and we genuinely care about our health after watching the previous generation force airplane seats to widen by however many inches over the decades.

Marketers frequently miss the mark in reaching Millennials, tying to much of their assessments to technology and the impact it has had on the generation, but it is much more sociological than many believe. It has less to do with a stupid iPad and more to do with how we see ourselves and those around us, having had a different type of access to the world via the web. It is important for brands of all size that plan on growing in coming years to understand the relatively dramatic shifts going on right now in consumer behavior, as Millennials are now very powerful buyers in the market.