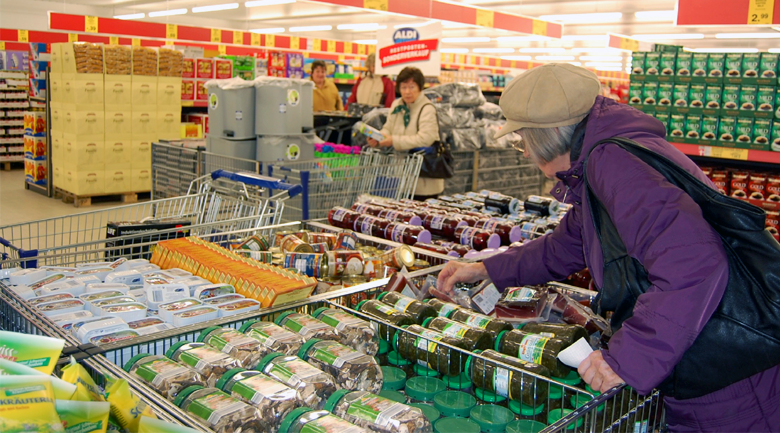 Aldi and Lidl are both German-owned discount grocers that have both already had huge success taking over markets in Europe, and are both hoping to make a move across the pond in the coming years.

Lidl will soon open its headquarters in Arlington, Virginia, and will distribute out of Alamance County, North Carolina. Lidl is no small business startup. They’ve already got 11,000 stores in 26 countries. And their entry into the United States will be far from timid. They’ve selected 80 locations in the Washington D.C. area. Their longer term goals are to open over 500 store by 2018 and to hit 2000 stores by 2020.

Aldi has 9600 stores worldwide, of which 1300 are already open in the United States. Aldi is divided into northern (Nord) and southern (Sued) divisions. Aldi Nord owns Trader Joe’s, which has won the hearts of middle and professional class Americans. Aldi Nord plans to expand by opening more Trader Joe’s locations in Florida, Texas, and California.

Both Aldi and Lidl seem to turn huge profits by running stores that are clean, but bare-bones. You may have noticed that at Aldi, products are simply wheeled in on pallets and arranged in rows. There are minimal displays and few racks or shelving, yet the products are clearly displayed and easy to reach. Overhead costs are low, and so are the prices.

Both companies have already shown their capacity to aggressively take over markets, like they did in the UK, cutting into the sales and profits of other grocers. Some experts predict that Lidl and Aldi may even give Walmart a run for its money.

Only time will tell if American customers will remain loyal to their favorite grocer, or will flock to Aldi and Lidl for their low prices.

In this article:aldi, discount stores