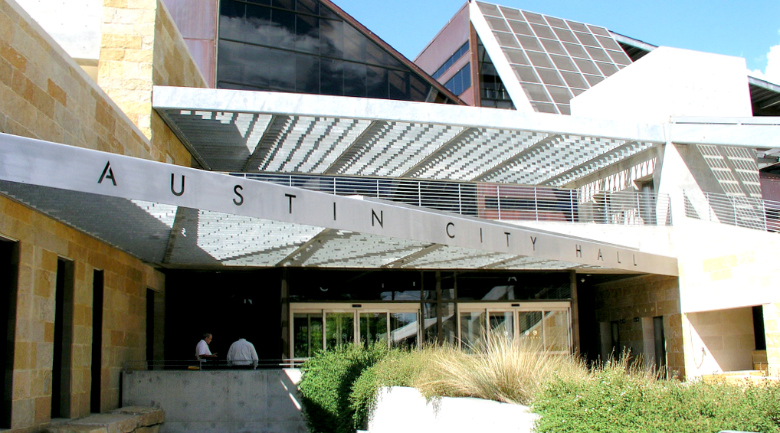 This year, the Austin City Council approved the Fair Chance Hiring Ordinance, affording ex-criminals a better opportunity to secure jobs. More than an ordinance, I believe it is a move in the right direction to eliminate social injustice among those who have already paid their debt to society.

District 4 City Council Member Greg Casar, who proposed the policy last year said, “It was a really long journey, but I think it really shows this new council is dedicated to thinking of local government in a more bold and progressive way than we might be used to,” adding, “This is, at heart, an anti-discrimination, civil rights piece of legislation, but I believe it also to have great benefits [for public safety and economic development].”

So what is the Fair Chance Hiring Ordinance?

As you already know, background checks are typically performed in the very beginning of the hiring process, as a way to weed out applicants with a criminal history. The Fair Chance Hiring Ordinance now delays an employer from running a background check on a potential candidate until just before the candidate is about to be offered the job.

Read also: What this ordinance means to businesses and employers

The new ordinance, also known as “banning the box” applies to business in Austin TX, with 15 or more employees. It does not, however, apply to positions for which prior law disqualifies candidates with a criminal history, or where a federal, state, or local law, or compliance with legally mandated insurance or bond requirement disqualifies an individual based on criminal history. Nor does it do away with criminal background checks.

Other cities, in an effort to eliminate social injustice in their respective areas, have also started to consider some form of “fair chance” hiring. In Ohio, Georgia, and Wisconsin, it is state policy and applies to public employers only.

In other states like Florida and Louisiana, there are certain cities and counties that enforce “fair chance” hiring, but not the entire state, and applies only to public employers. For a complete map of states, and areas that practice some form of “ban the box” are listed here: 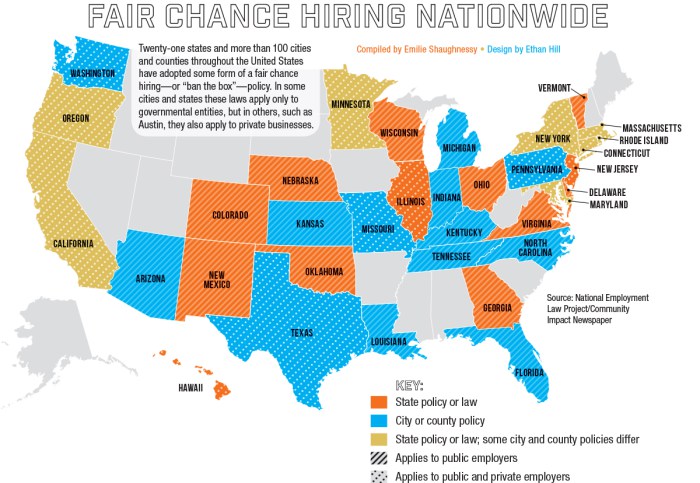 For employees, there are a number of advantages presented by the Fair Chance Hiring Ordinance. If you have any sort of criminal background for example, like an embarrassing drunk college evening that resulted in trespassing, you won’t be automatically eliminated from the job pool.

Those with criminal backgrounds are also less likely to be limited to low-rank, low-paying positions, which is what some companies do that accept ex-criminals, but not promote them.

If you don’t have a criminal background, this policy still impacts you, as it is projected to create a more diverse, and resourceful workplace for you to feed off of and contribute to.

The biggest foreseeable disadvantage for employees is the increase in job competition with the new access to talent. Employees may also theoretically experience companies eliminating positions due to their perceived effect of the ordinance on their business goals.

Additionally, some businesses assert that the new act will increase the cost of the hiring process.

Although the Fair Chance Hiring Ordinance has a lot of benefits for employees, especially those with criminal backgrounds, you must also know that that nothing in the ordinance limits an employer’s authority to withdraw a conditional offer of employment for any lawful reason, including the determination that an individual is unsuitable for the job based on an individualized assessment of the individual’s criminal history.

It’s also important to note that recourse for workplace discrimination is handled completely differently than issues handled by Federal Agencies such as the Equal Employment Opportunity Commission. If an employee intends to file a complaint, they must do so with the city, since it is a city-level ordinance, which may result in the company being fined, but employees will not receive compensation.

Austin businesses have until April 2017 to adopt the ordinance, after which employers found in violation will receive a warning for a first-time offense and a fine of up to $500 for subsequent offenses. Businesses will receive written notification of the new law, but the city’s manager will also implement a public education campaign to inform employers and residents of the requirements.