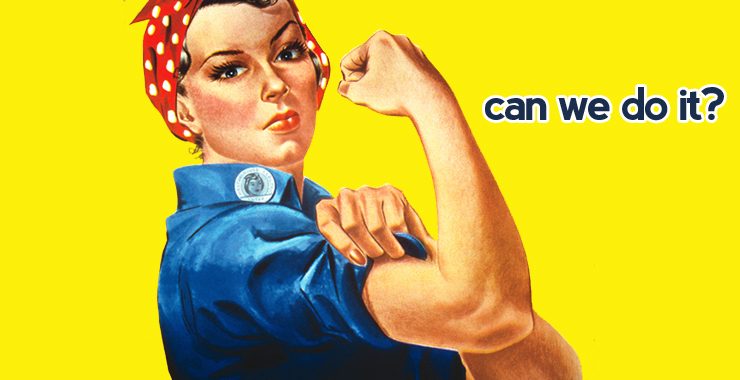 In many European countries, gender quotas on corporate boards have been in place for several years, first in Norway, then Spain, France, Italy and the Netherlands The European Union Commissioner is pushing for quotas in companies as well, stating1 that companies have done little to remedy the disparity between male and female leadership. The quotas could be implemented in coming years if the gender imbalances persist.

Quotas are a contentious issue in Europe, but an even more hot button topic in America. The problem internationally with how the gender imbalance is being portrayed is that when companies report this data, they do not cite stats for the entire company, rather, it is female leadership and management that is reported, and those numbers are admittedly improving in the U.S.

But not so fast – the numbers being reported as women in leadership roles is not necessarily C-level executives, and more often than not, it is low level management being portrayed as female leaders, so just promote a few gals into lower management and your company has solved the gender gap crisis, right?

Not only is reporting flawed and skewing how the dilemma is being portrayed, a new Wall Street Journal (WSJ) report2, there is a dramatic preference for promoting men over women. Here is how the gender balance breaks down by each level, according to the WSJ:

Gender imbalances, what is the cure?

A recent report3 unveils that Millennial businesswomen do not ask for raises or promotions as often as their male counterparts, which is fascinating, as the generation grew up under the mantra that we are all equal, no matter our gender, race, or religion. Other generations that were not raised under this banner are also likely to be comprised of women that do not insist on promotions or raises.

For years, I have personally written on the topic of gender equality and have taken the unpopular stance that there is no such thing as a glass ceiling, and that women must not fear being considered a bitch at work if that is what it takes to succeed, and must never see themselves as inferior, particularly when their experience and education level is on par with or better than their male counterparts.

The idea that women are not as assumptive about raises or promotions is a clear indicator that the glass ceiling is somewhat self-imposed, but there are things our nation can do to make progress with gender equality at work without having to follow Europe down the path of gender quotas.

First, reporting must be accurate. Saying a company has a 50/50 balance between men and women, yet there are no C-suite executives that are female, only 5 percent in the senior level, but a massive number in the director level, the reporting is nothing more than back-patting and a back door way to show gender equality.

Secondly, women must push harder and insist on promotions and raises, because their male counterparts are doing it assumptively. Take away the self-imposed glass ceiling and our gender gets one step closer to equality.

Third, new leaders, young leaders must evaluate their company culture. Is twisting numbers a reasonable way to solve a company’s gender inequality problem, or is really looking at the culture a more effective path toward long term change? That’s a rhetorical question.

Lastly, as we’ve written about several times, encouraging young women, mentoring young women, and providing tools for their entry into the workplace as more than a receptionist. STEM (science, tech, engineering, and math) careers are always short female talent, and the pool employers have to choose from is very small, so encouraging and empowering young girls to be interested in STEM careers is the best way to bridge the gender gap in the long run.

There are many excuses companies can make as to why the gap exists, and many excuses women can make for themselves as to why they are not in leadership roles, but with improved reporting, improved culture, and mentorship of young women, the next generation has a chance at making some real headway on the gender imbalance dilemma.

How do clients perceive you? The importance of feedback in business