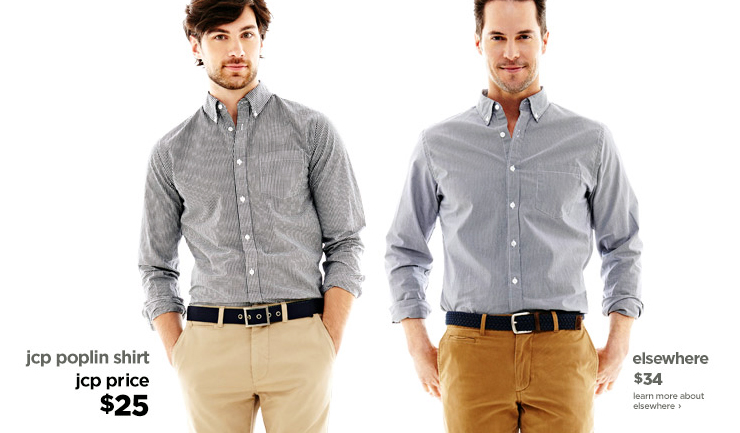 Traditionally, when a company is slumping in performance, some incentive may be offered to the executives to turn the ship around, but JCPenney CEO Ron Johnson was handed a 96 percent pay cut in 2012 in response to poor stock prices and continually depleting sales. Johnson was a former executive at Apple and rebranded JCPenney, experimenting with low price guarantees in lieu of coupons (and sales slid, as JCPenney’s demographic apparently enjoyed the tradition of coupon clipping – a lot), and announcing self checkout stands in stores and other innovative yet risky moves to rebrand.

According to the Wall Street Journal, Johnson earned $1.5 million last year, with an additional $389,000 in stock awards. But just the year prior, he took home $50 million in stock awards to make up for what he walked away from at Apple, representing a 96 percent pay cut.

The steep cuts are in response to stocks dropping by over 50 percent in 2012 and sales dropping 25 percent despite remodeling stores, bringing in boutique-like features and free standing stores (like Sephora) to the center of their stores. Meanwhile, the company remains in legal gridlock over their right to sell Martha Stewart products in their store, which a judge will soon rule for or against the possibility that the partnership violates an existing agreement between Macy’s and Martha Stewart. The battle has blemished the company’s reputation rather then building it by the possibility of working with Stewart.

The bottom line, however, is that when sales and stocks slip, it matters not how much innovation or creativity a leader brings to a legacy brand. Retail is cut-throat competitive, and competitors are improving as the old JCPenney brand flails to join the 21st century – no matter how hard their consumers fight it. Johnson could still turn it around, and we hope he does, but in the meantime, look for the scaling back and ramping up of various JCPenney features as they adjust.

In this article:executive leadership, jcpenney, retail