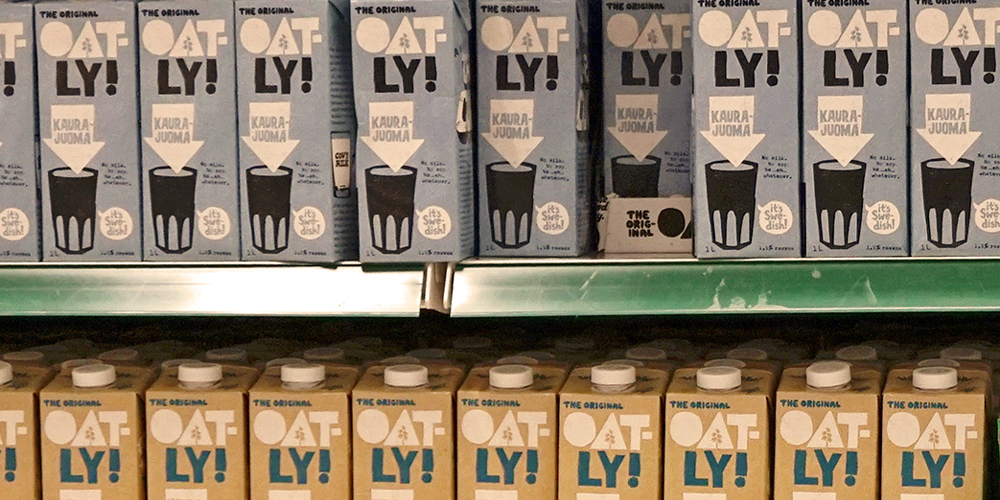 On Tuesday, the plant-based milk company, Oatly, filed for an initial public offering (IPO) in the U.S., which could value the company between $5 billion and $10 billion.

The IPO will take place after the United States Securities and Exchange Commission (SEC) completes its review process and is subject to market conditions. Additional details of the planned sale were not offered in the confidential filing. The price and number of shares available to purchase are yet to be determined.

The Sweden-based vegan food and drink maker was founded in the 1990s by brothers Rickard and Björn Öste. The company sells its products online and in more than 50,000 retail stores in 20 countries across Europe and Asia. The company entered the U.S. in 2017 and has also partnered with cafes, such as Starbucks.

Last July, Oatly raised $200 million in investment equity. The company is backed by former Starbucks CEO Howard Schultz and celebrity investors like Oprah Winfrey, Natalie Portman, and Jay-Z. According to PitchBook, the company was valued at around $2 billion at that time.

In 2019, the company generated about $200 million in revenue, which is almost double the year before. Figures for 2020 haven’t been released yet, but the company planned on doubling them again.

Although the numbers haven’t been made public, it isn’t a far-off stretch to say the company could have done just that. Demand for plant-based products has been high. In just the first week of March last year, Nielsen statistics showed the sales of oat milk were up 347.3%.

This rise is due to consumers seeking alternatives to animal products and healthier food options. Already, fast-food chains, casual, and upscale restaurants have entered the plant-based food sector by adding new plant-based items to their menus.

Burger King has its Impossible Whopper with a plant-based patty. Baskin-Robbins offers three vegan ice cream flavors. Starbucks also announced in December that it would now serve oat milk at all its locations nationwide starting in the spring.

Oatly already has a large following. As more health and environment-conscious consumers are willing to seek and pay for these types of products, it seems like their following will only continue to grow.

In this article:oatly, plant based, public offering, The News