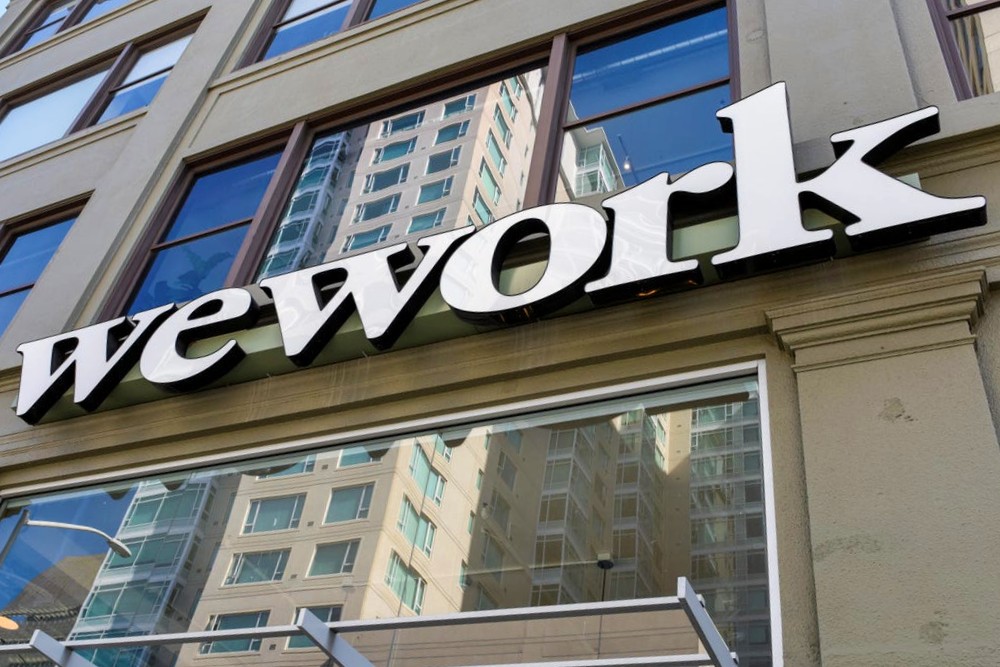 As WeWork continues to self-immolate, news about Adam Neumann’s golden parachute and Softbank’s plans to salvage the company dominate the headlines. There are hot takes. There are some pretty solid jokes. But caught in the crossfire are the workers, who keep getting potentially-lawbreaking missives in the middle of the night regarding their employment status.

Last week, nearly 1,000 WeWork employees across the U.S. and Canada received notice that they would be laid off on December 9th. They were offered jobs at another company, JLL, who is slated to contract them to WeWork “for the time being.” Employees were told that they had to sign the offer letter by Nov. 18th. (The letters went out five days prior). If they didn’t take on the new job (which represented a pay decrease for many people), WeWork would consider that a “voluntary resignation.”

Now, you don’t have to be a labor law expert to know that you can’t fire someone and then tell them that they left voluntarily. Whether a person left their job voluntarily or not can affect their ability to collect unemployment. In WeWork’s case, it also meant that they wouldn’t be eligible for severance. (Note that since the options were “go to a different job” or “we decide you left voluntarily,” there was no option that gave the workers the same severance that their previously laid-off coworkers received.)

In addition, WeWork’s 401k plan uses “last day rules” for 2019, meaning that the employee needs to work there the last day of the year to get their retirement plan’s employer match contributions. It’s a common employee retention plan. If you have to finish the year to get your 401k match, then the deeper into the year you are, the more money you give up by leaving. The problem is that WeWork is letting people go in early December. That means that nobody would get their 401k match for the entire year of 2019.

And those weren’t the only problems. The letters stated that there would a wage freeze at the new jobs through all of 2020. New employer JLL said that was a “typo.” But after being pinballed around so much, it’s easy to understand why the workers might not take that at face value. Moreover, the employees staring their termination in the face were also bound by non-compete clauses keeping them from looking for similar work elsewhere.

On the 22nd, WeWork backpedaled, at least to a few of its employees . They sent out a letter after business hours on Friday, which you may recognize as “the part of the week when corporations drop press releases they hope nobody actually picks up.” But this wasn’t a press release, it was a notice to their own workers. The new letter extends the terms of their employment. If they reject or rescind the JLL job offer, they won’t be laid off until February 20, 2020. They’ll have pay and benefits, but they do not have to report to work.

While that sounds like a pretty generous deal—get paid not to show up!— it’s basically the same as the three-months severance that their group of collective employees was demanding. It also brings them into compliance with New York state laws regarding notice of mass layoffs, which they were previously violating.

That said, the notice itself might not have been fully compliant with NY state law either. It showed up after hours on a Friday and gave them until Monday to respond. It wasn’t marked “urgent,” which the law requires. And many employees who aren’t in New York still seem to be stuck between the same rock and hard place they already were.

All in all, WeWork is planning on laying off 2,400 employees. Meanwhile, WeWork CEO Adam Neumann is currently slated to make $1.7 billion to walk away from his failure. Actually, let’s write that whole number out. Adam Neumann will be given $1,700,000,000 for running his company into the ground.

Let’s say you were there when the Declaration of Independence was signed. And on that day, someone said they were going to give you $19,123.25 every single day of your life. If you never spent any money, and you somehow lived 243 years, you would have 1.7 billion dollars today.

If anyone wants to pay me to run a business, university, or football team into the ground, please contact me with offers.

I’ve seen it happen up close a few times, so I’m pretty sure I know what’s involved. I don’t know if I need some special degree, or if I just point out that I’m a white dude when I apply, but I feel like I’d be pretty good at it.

—–
UPDATE: Our story originally called the collective group a “union,” but per the group’s counsel, “WeWork employees are not part of a union… There is a coalition of cross-departmental employees of WeWork employees acting collectively to secure better employment conditions and demand fair severance packages for all laid off workers. They have been prioritizing and aggressively advocating on behalf of the building and maintenance staff.”

In this article:business news, The News, wework