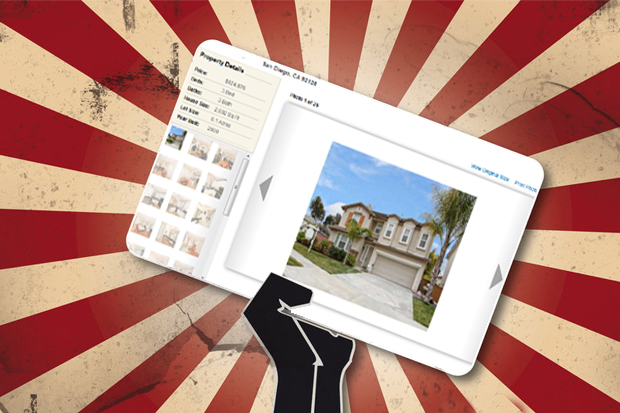 In case you haven’t noticed, the local MLS is available to the public through literally a hundred if not a thousand websites in your market. In fact, I’d go as far as to say ya can’t swing a dead cat without hittin’ some Realtor’s IDX. (In essence, the MLS on an agent’s website.) This means that if you’re a buyer, or even if you’re merely curious, you can see pretty much anything listed in your community. I have one, though so far, it’s pretty much been for my family and friends. I don’t sell San Diego real estate to anyone with the lone exception of  those who wish to live in a 2-4 unit setup. Even if you live in East WhatsIt Ohio though, you can see whatever you want in San Diego’s MLS on my site, and hundreds like it.

Back in the day, the only way a buyer could see all that was for sale was to get an agent. Only brokers/agents had access to the MLS. See, it was their property, the listings that is, and that’s the way they treated it. They harbored the silly belief that since it was the fruit of their labor, and their entity, they’d do whatever they chose to do with it. Imagine the cheek. It worked very well, as far as buyers and sellers were concerned. ‘Course some folks always think they have a better idea. This is almost always dangerous, especially to their members when NAR begins thinking they have a better way.

See, they gave away the store. The only thing of value they had on their shelves was their listings. Now they don’t have that. What geniuses brokers/agents have at the helm of their ship, the SS NAR.

Here’s a scoop for ya — consumers don’t have a ‘right’ to my info just cuz they declare it so.

They have a right to professional service and solid expertise, ethically rendered with integrity. Wonder how it’d go over if decades ago those same consumers had declared their right to Coke’s formula? It’s the only thing Coke has of value. Once that formula can be used by anybody, they’re toast. Yet many seem to think the real estate industry was created to be their bitches. I beg to differ.

All the fuss lately about using or not using aggregators is moot from where I sit. Who cares, anyway? Any agent worth two quarters to rub together will sell their listings without using any of ’em. They’ve been doin’ it for generations. If ever an industry has been sold a bill of goods — by their own leadership — real estate is it.

It’s possibly too late now, but order needs to be restored.

I suggest a revolution. Let the biggest brokerages in each market completely withdraw from their local Board and MLS. Then they can start over from scratch. NAR would have a stroke to be sure, but they’d stop pretending everything they’ve done for the last several years has been in the brokers’/agents’ best interest. If you believe that, you should go buy some Vegas property for zero down and wait for the appreciation tsunami.

Like Bill Cosby used to say to his kids, “I brought you into this world, and I can take you out.”

The various Boards of Realtors need the brokers, not vice versa. Ditto the MLS. It’s time broker-owners stop allowing the tail to wag the dog. The only thing they need to do to accomplish that is to reach down and grab a pair.

The agent-centric business model has failed miserably everywhere it’s been tried for the last 40+ years. Get over it. It wasn’t a good idea from day 1. How bright must we be to know that you don’t put worker bees in charge of the hive. They’re worker bees, not risk taking, capital spending, gladiator-in-the-arena bees. The broker/owner to agent ratio has to be somewhere around 100 to 1,000/1. Yet we’ve been (That’s the editorial ‘we’, as I’d never allow it in my firm.) allowing the 1 to rule the roost since the early-mid 1970s.

Geez, guys, how’s that been workin’ out for ya lately?

Since most don’t know the history, here’s how the broker-centric model works. The broker’s in charge. The agents are to be seen and not heard. If the agents had what it took to own their own successful business, they would. But they don’t, so they don’t. They don’t get to dictate to the business owner how to run it. The broker generally pays for the bulk of the marketing. They directly or indirectly generate and/or distribute leads. They don’t view dead wood as a good thing. They do a lot more, or the same business with a lot less agents. The agents make more money even though their splits are much less than agent-centric models.

This is why teams are literally outperforming their own brokerage owners sometimes.

With rare exceptions most successful teams today are using the pre-1970’s broker-centric models. What’s hilarious to watch is how their buyer-agents are earning more bottom line money than their counterparts in the same office. Their counterparts are often making 50-125% bigger commission splits, yet bring home less bacon. Meanwhile, the poor broker/owner is not only payin’ the overhead for the schmuck to whom he’s payin’ 50-90% splits, he’s hearing ’em complain. All this while month in and month out he gets to watch a team’s team leader make as much or more money than he is as broker/owner of the company.

Imagine an entire company based on today’s team concept. You don’t have to, cuz I lived it. It closed more sides than anyone in my local market, San Diego, for five consecutive years, than anyone. They did it with never more than 30 full time agents, and about a dozen part-timers. Over 1,000 sides a year. Their competitors? Some had as many as 16 offices. They had triple, sometimes quadruple the number of agents and still couldn’t keep up. In my experience there were two basic reasons for this.

1. Broker/owners acted like broker owners. They were in charge of their own businesses. What a concept. They were brave enough not to kowtow to a buncha wannabes who, frankly, couldn’t find their asses with a map, two guides, and a GPS.

2. If an agent wasn’t cuttin’ it, they were shown the door. Non-producers were not treated as mascots, as they are today in agent-centric models. In other words, you were a professional producing agent, or you were gone. What a concept.

Oh, and by the way? That brokerage wasn’t part of either the local Board or the local MLS, both of whom came hat in hand, begging him to please join and share with them his bounty. Go figure.

The tiresome “raising the bar” discussion

The cry for ‘Raising the Bar’ is well meaning, but mostly misguided.

There are those with very good intent who want the industry to make it more difficult to become an agent or a broker, and/or want continuing education to be more rigorous. I understand their thinking. I’m 60. Been hearing the ‘raise the bar’ mantra since I was a teenager. How’s that been workin’ out for us? Don’t answer, it was rhetorical. But if we all take a few steps back so as to view the big picture, maybe we can begin to come together on a different approach. The big picture? It comes down to two realities merged into one prototypical person — and they represent, easily, around 70-85% of currently active licensees to one degree or another.

They work for a brokerage without producing much if any business. Also, regardless of the many classes they may’ve been coerced into attending, they don’t know much about the law, procedures, and general practice of real estate agency. Combine those two — lack of production and general industry ignorance — and you get the periodic outcry for ‘raising the bar’. Hey, I have a idear, why don’t we insist as broker/owners that our agents be producers or be gone? Producers generally know what they’re doing on all fronts.

What a concept! The vast majority of all listings/sales of 1-4 units is done by far less than 20% of the licensees out there. Said another way, if tomorrow all brokerages were suddenly operating the broker-centric model, the merit based culture would be the natural result. The huge majority of agents out there who take up space more than anything else would, like steam, heat the air then disappear. They’d never return either, cuz bottom-line production requirements would be the barrier they’d never be able to navigate.

Would love to hear your thoughts.  Back to the future may just be what’s beginning to happen now.