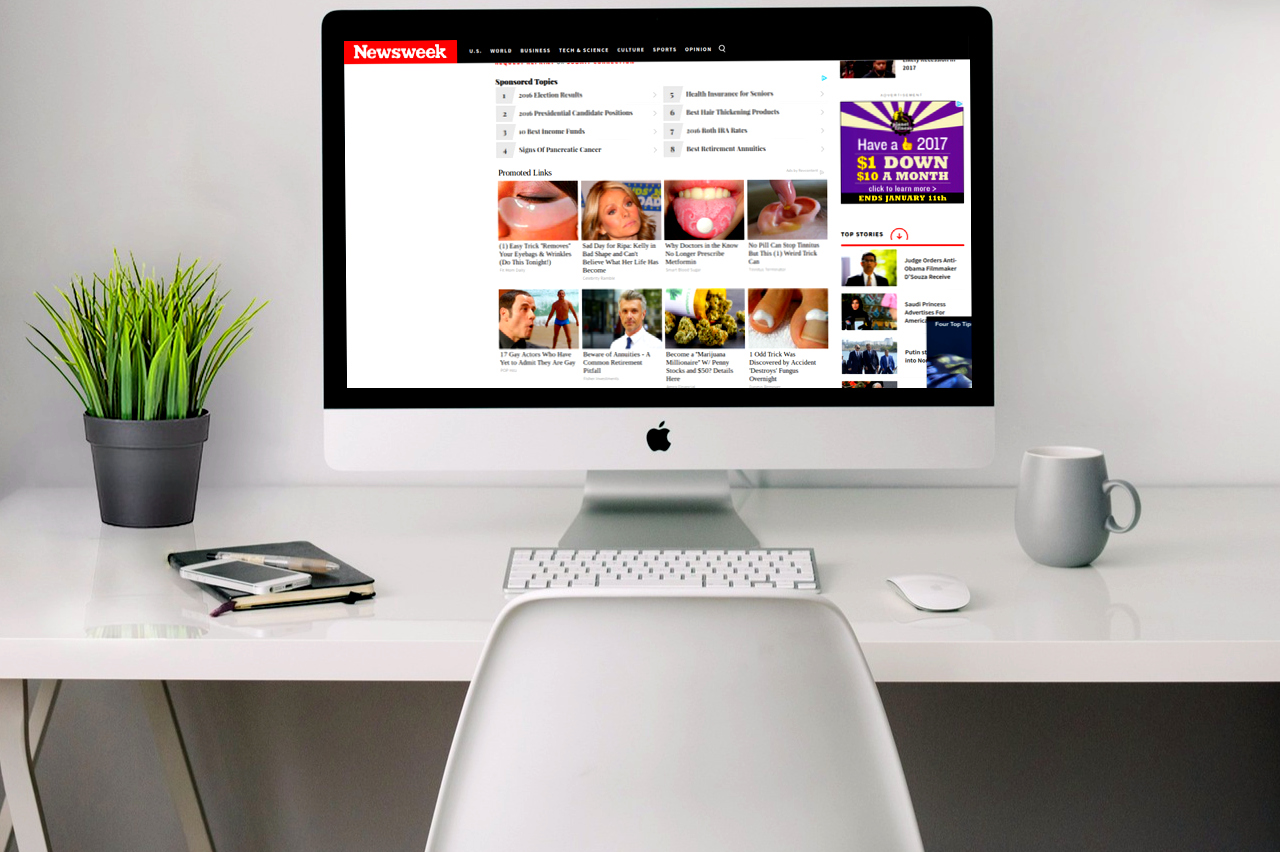 I’d imagine you’re all sick of hearing about the “fake news” epidemic by now. Weirdly enough, we’re sick of talking about it, too. And maybe — just maybe —we wouldn’t have to keep talking about it if the offenders would stop hearing and start listening.

Step into my office

In an average day at work, I look at 10 to 15 article titles. For each one, I ask myself the same question: “How do I verify this information?”

Sometimes I’m lucky and I can do it all from within my phone’s Settings app.

Other times, I have to perform what amounts to a dive bar crawl through the GI tract of the internet for one or two scraps of information. It’s not always pretty, and it’s certainly not fun —but it’s my job to make sure that readers have solid, dependable information from equally reputable sources so that they don’t end up microwaving their iPhones.

Cards on the table

We’ve all seen those annoying ads at the bottom of dime-a-dozen websites with no credibility to their names — those clickbait titles having to do with The Rock eating a 100-pound pizza or Ja Rule suddenly becoming relevant again — and it’s pretty much universally acknowledged that they’re ridiculous, and even comical:

No, I don’t get a rebate just for being a homeowner with a suspiciously vague amount of debt.

No, entering my neighbor’s name into your website isn’t going to show me their credit score.

No, eating “this one trick food” — which, by all appearances, is the rear end of a jellyfish—is not going to help me lose belly fat.

These false ads are just another rendition of the “fake news” epidemic, but we expect no less from the sites on which they seem to thrive.

What’s infinitely more frustrating, however, is when otherwise-credible sources with legitimate news to report end up defaulting to this half-assed methodology in order to generate easy revenue.

Let’s spell this out

You don’t win any sympathy points from anyone if you’re bitching about fake news ruining your site’s reputation while poorly-rendered, poorly-photoshopped images of Donald Trump kissing the baby Jesus and the headline “OBAMA FAKED THE MOON LANDING” are flashing across the bottom of your page.

Quick note from the Editor: The image above is an actual screenshot of a Newsweek story about the dangers of “fake news,” we’re serious. #hypocrites

In fact, if you’re an offender of the above practice, you don’t win any points at all. Apparently, the bare minimum was too high a bar for you. It’s evident that you’re too afraid to kick the training wheels off, so here are a couple of friendly reminders to get you started:

During an interview at the premier for his upcoming film (Fences), Denzel Washington was approached by the media for a comment on fake news — to which he responded with this:

“If you don’t read the newspaper, you’re uninformed. If you do read it, you’re misinformed,” he shot back. “…So what a responsibility you all have to tell the truth. Not just to be first—but to tell the truth.”

Own your responsibility, or get the hell out of the game.

In this article:content, facebook, fake news, media, newsweek, The News