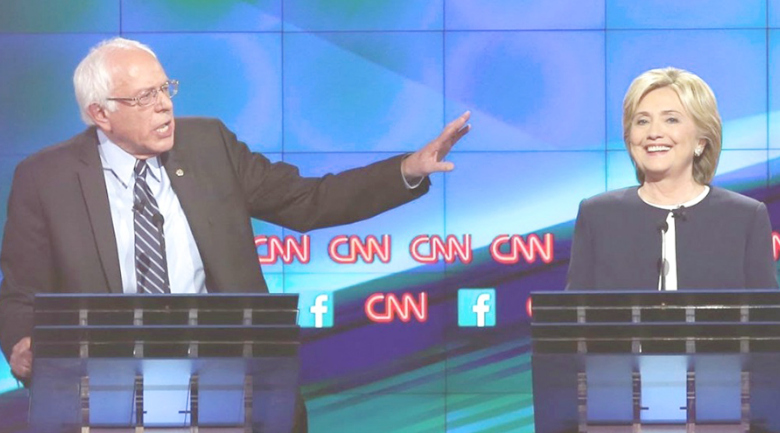 When it comes down to qualifications

Recently, Bernie Sanders said Hillary Clinton was “unqualified” to be president. Regardless of your political feelings, there is something infuriating about this statement. I am, by no means, Clinton’s largest fan, but I am a woman. When women are told they are unqualified to do something they are obviously very qualified for, there is a larger issue at hand. Sexism still runs deep, so deep that it can change the way a woman views herself, her abilities, and her future.

Read also: “Girl Power” advertisting: Give me a break

538 has addressed this issue in their article, stating, even if Sanders “was attempting to make the basic argument of this election that ‘outsiders’ are more qualified than ‘insiders’ to run the country at this particular moment. Calling Clinton, a former U.S. Senator and Secretary of state ‘unqualified’ is raising ire as a gendered attack, although that didn’t appear to be Sanders’ intention.” Granted, many times statements are taken out of context, especially where politics is concerned to malign an opponent, however, I do not feel like this is the case here.

Sanders has since walked back on his statement, saying, “on Hillary Clinton’s ‘worst day, she would an infinitely better president’ than either of the GOP front-runners.” Again, she’s not qualified enough to stand on her own merit, merely in comparison as a “lesser of the evils” type of deal.

What this says about sexism in a larger context

According to 538, a 2013 paper by political scientists Kathryn Pearson and Eric McGhee, most female politicians are more qualified than their male counterparts. They looked at non-incumbent congressional races from 1984 to 2010, and which candidates had held elected office at a lower level — their metric for qualification — the researchers found that “women candidates in both parties are indeed more qualified than men.”

538 also states, “Why the extra layer of concern on the part of female candidates? For one thing, there appears to be more self-doubt on the part of these high-powered women. A 2004 report by Jennifer Lawless and Richard Fox found that of a pool of prospective candidates — lawyers, business people, political activists — men were about twice as likely as women to say that they were qualified to run. Twenty-eight percent of women said they weren’t qualified at all, while only 12 percent of men found themselves lacking in some way. In the pop psychology parlance of 2016, we might note a whiff of imposter’s syndrome in these numbers.”

Why it matters on a larger scale

This is how pervasive sexism has become. So much so that women believe they are not qualified for a job when they are really better qualified than some of their boasting male colleagues. We have actually written about this phenomenon before. This is not to say that men shouldn’t be proud of their accomplishments as well, because they should. It just seems that society is more readily accepting of the fact that men are qualified for their jobs and promotions. I’d like to see more women take the same approach.

For all too frequently both men and women (although, I’ll argue women are told more frequently) they aren’t good enough. People will say you can’t or shouldn’t do something and often times the person on the receiving end of the criticism will take it to heart and believe it, even when they are perfectly capable of doing the “thing” in question, as evidenced by the women above not thinking they were qualified.

What you can do to change your thinking

I think of it like this: if someone told your best friend they weren’t good enough to do something, chances are you’d rush to their defense. You would state their qualifications, their best qualities, and make them feel better about themselves. So why then can we not see these same things in ourselves? Why do we allow others to break our spirits and tell us we aren’t good enough? If you wouldn’t let someone talk to your best friend that way, you shouldn’t allow someone to speak to you in that manner either.

If you would encourage your best friend to try something, encourage yourself to try it as well. Believe in yourself, your worth, and your ability to do it. Don’t let someone else’s insecurities become your own. You’ve got this and on the days you don’t think you do, ask your best friend; they will tell you, you do. It doesn’t matter if you’re running for president or asking for a promotion, you deserve the same respect and consideration as your colleagues, regardless of your gender.

In this article:employment, Marketing, promotions