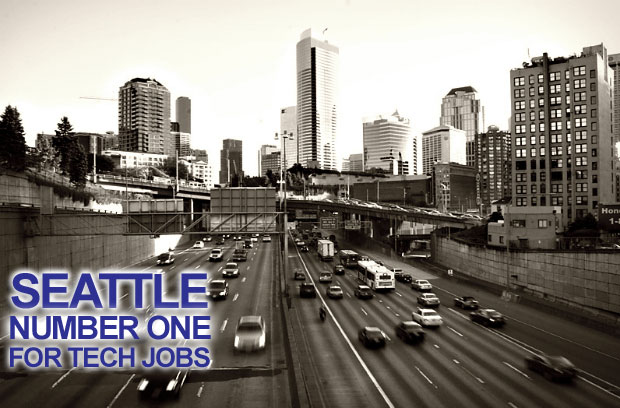 Recently, Forbes names the top 50 best cities for technology jobs and the list has made waves in the tech community as the magazine took a look not just at the current scene, but how tech jobs have changed in the past decade, putting some tech cities low on the list.

John Cook at GeekWire.com wrote, “One of the biggest story lines of the past couple of years in the Seattle tech community has been the arrival of titans such as Facebook, Salesforce.com, EMC, Zynga and other Silicon Valley stalwarts who’ve chosen the region for new development centers.” He adds that Facebook is doubling its presence in Seattle and Amazon.com hired 8,000 people in the third quarter alone.

The biggest shock on the list is Austin, where we are headquartered. Typically Austin is seen as attractive because of low business costs, highly educated and skilled talent pool and a tech friendly environment, as Facebook, Google, IBM, AMD, Gowalla and the like are all officed in Austin, yet Forbes listed Austin as NUMBER 32.

The report notes, “Indeed No. 32 Austin, often thought as the most likely candidate for the next Silicon Valley, lost over 19% of its high-tech jobs over the past decade, including more than 17,000 jobs in semiconductor, computer and circuit board manufacturing.”

Unfortunately, it is true. Austin’s semiconductor industry has taken a hit in recent years while the startup industry has brought in millions of dollars in funding, but our sources hint that the startup world is quickly and quietly dwindling down.

Although it is a quiet notion and likely just a rumor, we were asked by a very successful entrepreneur in Austin if we knew that Gowalla could be going under and later that same day we were asked by a venture capitalist if Gowalla’s $10.4 million wasn’t keeping them afloat and 2012 wasn’t looking good. We have been told that Austin startup CEOs and employees have been quietly submitting their resumes at more established companies and even Gowalla employees are rumored to be sending out a high volume of applications. It isn’t just Gowalla though, they’ll just be the biggest let down if this is even remotely true (which we’re not convinced of).

We’re hearing that the first quarter of 2012 will be the last for many startups in town, so is Forbes on to something? Is 2012 the year the struggling startups finally run out of money or give up regardless of the millions that have been poured into them as they learn they’re not alone in their struggle? Time will tell but 2012 isn’t looking so good for Austin while it is looking quite promising for Seattle.

In this article:Austin, News, Technology