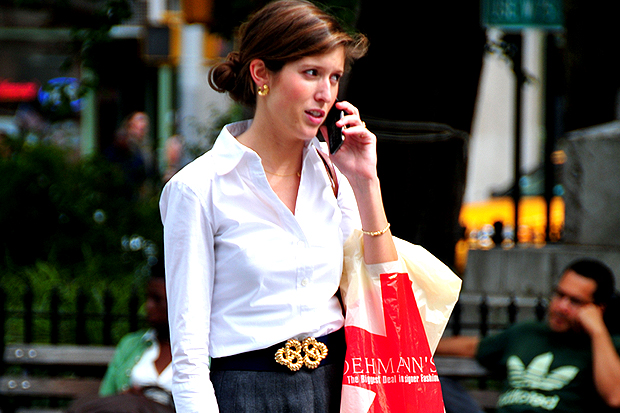 The concept of Unions

Take a look at how states who’ve gladly embraced unions to the point of forcing either membership and/or dues on employees. See how that’s worked for ’em the last couple generations. When the national economy is firmly based on the foundation of free enterprise capitalism, the forced elimination of labor’s free choices will always come back to bite — and with a vengeance. I understand the initial reason for their existence, as labor was shamefully mistreated before unions came on the scene. But it’s simply not up for debate — the unions ruled with the same underlying understanding — our way or the highway. Sometimes it’s been our way or a broken leg, torched house, etc. Union intimidation has become a cliche it’s been so much a part of their culture. Only fools argue against its existence.

The consumer has been paying far more for union made products for as long as my memory goes back. Competition from other countries learned decades ago that if they made a superior product they’d do well cuz of the artificially high cost of union labor in the U.S. What’s so galling is that when it comes down to it, American engineering sets the bar whenever it’s allowed free reign.

Ironically and sadly, now that Detroit has begun producing high quality well engineered cars, Chrysler is possibly in danger of becoming an Italian company — literally. In fact, it’s happened. This is what happens when the world begins adopting capitalism’s free enterprise principles, while America eschews those same principles more and more. One wonders at what point Fiat will opt to move production to Italy? It’s either that, or completely defeat the unions. In the long haul they cannot coexist indefinitely.

When the economy turns for the worst.

Been noticing what states are losing population and what states are gaining? The states generally friendly to unions are losing the two groups no state can afford to lose. The so-called millenials are leaving union states like California,  midwestern, and northeastern states in alarming numbers. The other group, often part of both groups, are the smartest — a brain drain if you will.

This is also the case with businesses.

For example, in 168 California companies with roughly 100 or more employees, either expanded (but out of state), or completely left the state — in the first quarter of 2011 alone. Between regulation, high taxes, and union influenced, artificially high wages, they simply waved the white flag. For the first time in my 60 years on the planet, all of ’em spent in SoCal, our state is now losing population, net net net. Our unemployment rate is frighteningly higher than the country’s. Our young, college educated kids are well into the double digits. They’re moving to many states, but mostly to ‘right to work’ states who believe the cost of labor should be set by the free market.

Unions can’t survive when they’re forced to compete with ‘too much’ free market. They rely on their ability to coerce. Their membership, as a percentage of the overall workforce has been falling for decades. It appears, and we can only hope it’s true, we’re seein’ them disappear into the history books our grandchildren will read.  Meanwhile, the good folks in traditionally union states are the ones suffering the most now. In most of these states, young adults have historically elected to remain. Their roots often very deep. That trend is changing, much to the chagrin of their parents and grandparents.

Unionism has generated, relatively speaking, far more openly contemptuous political ‘leadership’ wherever it’s been allowed to thrive, unfettered. Thuggery is not only accepted, it’s part of those states’ cultures, whether they wish to publicly admit it or not. The phrase ‘political machine’ isn’t a complementary phrase, is it? Yet these states have been ruled by the iron fists of union/political thugocracy for generations. It’s just been the way it is — to some it’s the only way they’ve ever known.

Loss of population. Loss of jobs due to business fleeing for survival. The brain drain. These are all consequences of dealin’ with the Devil. A make believe economy never lasts. And the congregation replied, Duh!

In this article:Economy, Editorial, Right to work states, Unions