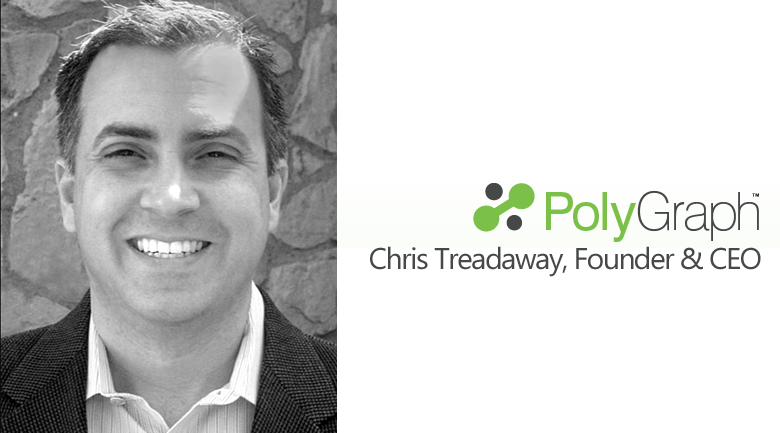 From LSU to Microsoft to CEO of Polygraph Media, Chris Treadaway reveals to AG what makes him tick, what his day looks like, where he has been, what keeps him up at night, and what he wanted to be when he grew up.

We often revere leaders, but often for their current work, without knowing where they came from, but by knowing what makes people tick, we can not only better connect with one another, but we stand to gain by being able to identify with traits shared with various leaders as a means of inspiring our own leadership paths.

Below is an unedited interview with Treadaway, in his own words:

Tell us about yourself and your work.

CEO, Polygraph Media — we help organizations make better decisions with social data mining & analytics. Facebook, Twitter, and other social media today are perhaps the greatest repositories of consumer data the world has ever seen. We help people unlock the potential of what is there.

I roll out of bed anywhere between 4:30-7:00am depending on the morning schedule. I’ll usually focus on one part of our business — whatever needs the most work — until lunch, then spend the afternoon on business development.

I was going to go to Law School, but met George Friedman at LSU when he was starting the Center for Geopolitical Studies. That research center became Stratfor, which we then moved to Austin. Stratfor hooked me on the startup life.

What did you do before your current career?

My one & only corporate job was at Microsoft. My last year I was responsible for pulling the company’s web & social strategy together across business groups. It was an impossible task, just because Microsoft is a diversified tech company which is run via largely independent business units.

Exercise 3-4x per week — specifically playing basketball. There is nothing like a good, hard run to clear the mind.

A day in the life of another leader

If you could spend one day in the life of another industry leader, who would it be?
I’ve always appreciated the clarity with which Mark Cuban sees the world. He has a way of cutting through the clutter and getting to the point. I also think he’s a pretty fun guy who can balance that with demanding the best.

What tools can you not live without?

What wouldn’t people believe about you?

Tell us something about yourself that most people wouldn’t believe unless they knew you.
Even though I didn’t love it, I was on my way to a musical career as a kid. My mom got me involved in singing. I was in two operas and performed at the 1984 World’s Fair in New Orleans. But I lost interest after awhile and wanted to move on to something else. That part is something that most people who know me well would believe.

In this article:business leaders, leadership