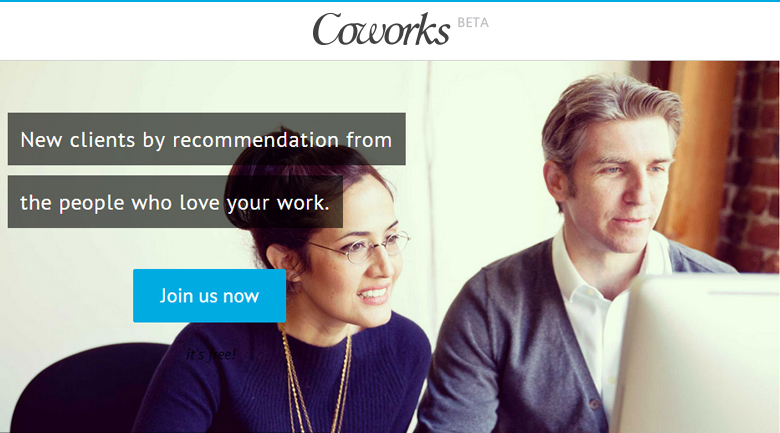 One in three American workers are freelancers, according to the Freelancers Union, representing 42.6 million people and growing. Businesses are becoming more accustomed to hiring freelancers for various needs, and while LinkedIn exists to offer a resume of sorts, the endorsement system has become all to easy to game, which is where San Francisco startup, Coworks comes in, to connect freelancers and buyers based on recommendations from their professional and social networks, based on actually having hired said freelancers rather than an arbitrary thumbs up from strangers or buddies.

Coworks promotes the concept that they provide buyers with a handful of freelancers, in turn offering freelancers jobs from “reliable” clients who are not served with hundreds of random, irrelevant recommendations. They refer to it as a modernization of word of mouth recommendations that have been the bread and butter of the freelance world for decades.

Read also: 10 advantages and disadvantages of becoming a freelancer

They offer the following example: John needs a logo designed for his new company. John logs into Coworks and the website looks through his network and finds Steve, his old manager. Steve has been working with a freelancer named Karen and has had a positive experience. Coworks will automatically recommend Karen to John for his job – “word-of-mouth.”

Coworks focuses on four key categories of freelancing jobs in the creative sector: writing and translation, design and illustration, photo/video, and web/apps.

“Traditional online freelancing solutions provide buyers with literally thousands or even millions of freelancers to choose from,” says Jill Gutierrez, Community Manager at Coworks. “For quality creative services, this approach really misses the mark. Buyers waste time sifting through endless piles of candidates, and the best freelancers steer clear of this mass market setting entirely. At Coworks, we focus on personal connections and recommendations. The most comfortable and successful path to finding freelance resources has always been asking friends and colleagues. Coworks takes this important concept and combines it with an online platform that makes working together easier for everyone.”

Free and paid versions of Coworks

Coworks offers a standard free plan with a five job limit per month, and clients pay 8.0 percent to Coworks per job, while freelancers are limited to 10 proposals and accept payment in a monthly lumped sum.

In this article:coworks, Entrepreneurialism, freelancing