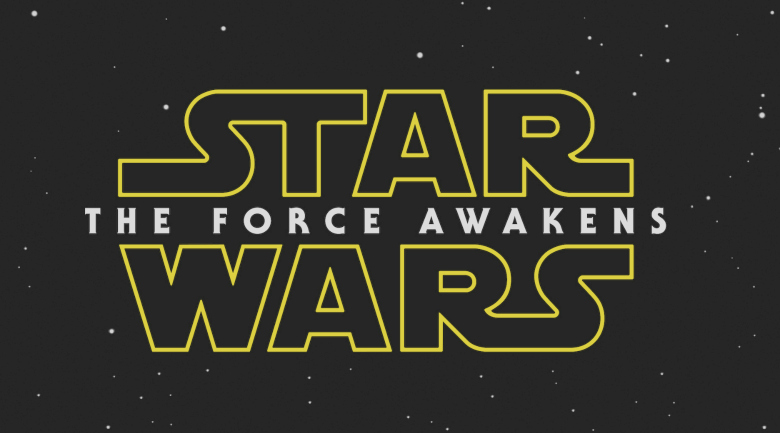 Spoilers that benefit your biz

By now I would hope that anyone who cares about spoilers for STAR WARS: THE FORCE AWAKENS has seen the latest film at least once. At the very least, you should have watched enough trailers to understand the basic plot and know who the main characters are in the first of the final STAR WARS trilogy.

Not much is known of the backstory  of main character Rey who was left on the remote desert planet of Jakku, yet it can be surmised on a planet where a large portion of the residents are scavengers that Rey has learned to be resourceful. Don’t bother engaging in an argument that Rey is unrealistically talented without first reading Charlie Jane Anders io9 post “Please Stop Spreading This Nonsense that Rey From Star Wars is a ‘Mary Sue’” or better yet, remind yourself that this is a science fiction fantasy story.

With that said, what struck me on my first viewing of THE FORCE AWAKENS were the lessons that could be taken away from this film for start-ups and small and medium-sized businesses (SMBs).

According to the Star Wars mythology, a massive battle between the New Republic and the Galactic Empire left Star Destroyers and New Republic Starfleet on the surface of Jakku. That conflict left a wealth of wreckage from which useful and valuable parts could be scavenged and sold at the Niima Outpost. Rey’s survival is dependent upon her ability to assess and secure material and equipment that she can sell.

When starting up or growing your business, use your networks to vet ideas, seek out talent, and decide on what essential tools you need.

I enjoy and learn from the Anonymous Question of the Week posted on our Austin Digital Jobs Facebook group, where answers are crowd-sourced through our membership of over 15,000 members.

This article by our own AGBeat COO Lani Rosales on which productivity tools are being used helped me immensely in starting my own business. By doing your homework before you purchase a tool or service, you can save yourself both time and money and meet your specific business needs.

Be pragmatic – and idealistic at the same time

Spoiler Alert: Defector Stormtrooper FN-2187 aka Finn realizes that to escape the First Order, he needs a capable pilot to fly a tie fighter. Recognizing Poe’s skills and appealing to his cause allows Finn into to address his need for escape and survival, while developing his own principles. He then gains the ability to choose his own battles and thereby create his own destiny.

As an entrepreneur, taking your ideas and creating a robust and successful business requires a similar balance through risk analysis. Recognizing challenges and being prepared to deal with them is crucial in any business.

If you are seeking investors to help you start or grow your small business to the next level, you’ll need a strong business plan that identifies the most important risks and how you will address and mitigate any problems that arise.

For example, it’s okay to be idealistic and include innovative business practices such as environmental sustainability through recycling but make sure that you’ve identified the feasibility from the financial, managerial, and technical aspects. Does your leased business space have a recycling program, will you have to lease a recycling container in addition to a waste container, or will you have to haul off your own recycling (which costs you time)?

Go with your instinct – and know when to say no

SPOILER ALERT: Rey could have been set for supplies and food for months had she agreed to the barter offered by the insidious Unkar Plutt for astromech droid BB-8, but her instinct told her not to sell the droid. A risky and dangerous decision for Rey, but a decision that could have changed the course of Jedi history.

This is a decision that many business owners can relate to, especially in the consulting world. In developing business for our fledgling data company, we’ve encountered clients who have attempted to negotiate well below our offered rates.

Since sales drives our revenue and income sources, we had to know when to draw the line and say no to ensure our value was being fairly compensated. Being informed that the client had closed up shop recently was affirmation that it was a good judgment call, as the likely outcome could have been non-payment.

This decision also allowed us the time and opportunity to develop relationships with clients who are well-aware of what the going rate is, and recognize the quality and value of our services.

Don’t stay rooted in the past – embrace the future, and adapt

Rey’s desire to stay on Jakku is rooted in her desire to await and be reunited with her family who left her there long ago. She is told by the insightful semi-retired pirate and cantina owner Maz Kanata that “the belonging you look for is not behind you – it is ahead.”

In a small business, it’s easy and relatively safe to stay with the methods that you’ve used in the past. How do you grow and foster and your business in an ever-changing world? Advancements in technology have significantly improved the cost and ease of business to business transactions, as well as created more “virtual” workspaces.

Social media has drastically impacted SMBs by allowing them to connect directly with their customers. In 2010 fifty-four percent of SMBs were using social media to promote their business according to this 2010 article from Forbes. However according to an eMarketer article earlier this year, surveys have indicated that the number of small businesses using social media is on a decline.

This doesn’t mean that social media is ineffective, but is more likely that businesses don’t budget and devote the necessary resources. Use social media to emphasize your business value by regularly providing useful and interesting information, and engage with your audience in a professional, courteous, and timely manner – whether it’s Facebook, Twitter, Instagram or another trending social media platform.

If you enjoyed this thought exercise on how STAR WARS: THE FORCE AWAKENS can help you as a business owner, you will want to check out Carlos Granados’ article, “What Can Santa Teach Entrepreneurs” on LinkedIn Pulse.